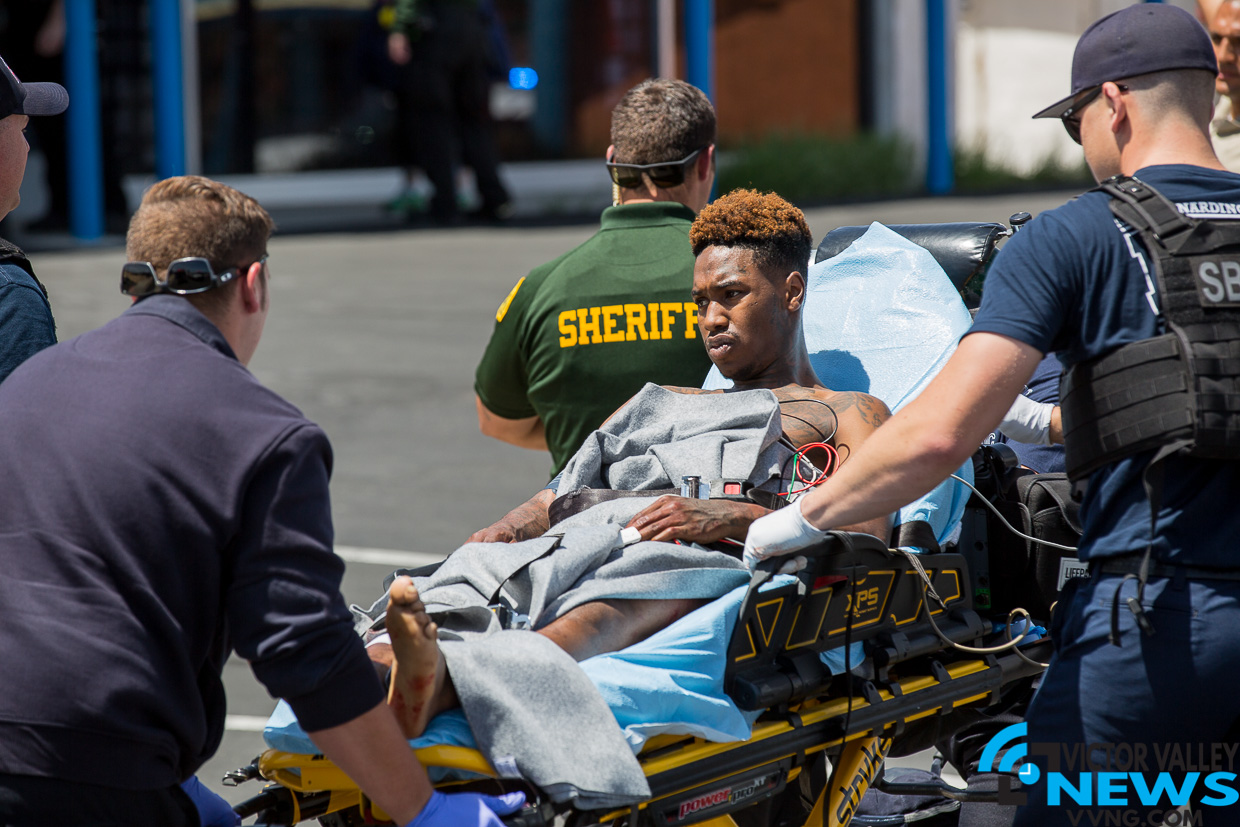 VICTORVILLE, Calif. (VVNG.com) An attempted armed robbery at a Victorville pawn shop was foiled after the employees opened fire at the suspects.

At about 2:00 p.m. Sheriff’s dispatch received a call from the employees at the pawn shop stating that two males were inside the business threatening to rob them.

“During that call, there was an exchange of gunfire between the suspects and the employees,” stated Sheriff’s spokeswoman Mara Rodriguez.

Rodriguez said three employees were inside the business at the time of the incident.

“During the exchange of gunfire, both of the suspects and one of the employees were shot,” stated Rodriguez.

The employee injured during the gunfire along with both the suspects were transported to local hospitals.

One of the suspects was flown to a hospital for further treatment.

According to Rodriguez, none of the injuries sustained were life-threatening.

Southbound 7th Street will be closed at Mojave Drive for several hours while authorities conduct the investigation.

APPLE VALLEY, Calif. (VVNG.com) — Authorities identified a 19-year-old who drowned in a lake during his birthday celebration as Jonathyn...

Transient, 22, arrested in connection to multiple burglaries in Victorville

VICTORVILLE, Calif. (VVNG.com) — A 22-year-old transient was arrested in connection to multiple commercial burglaries in the City of Victorville,...