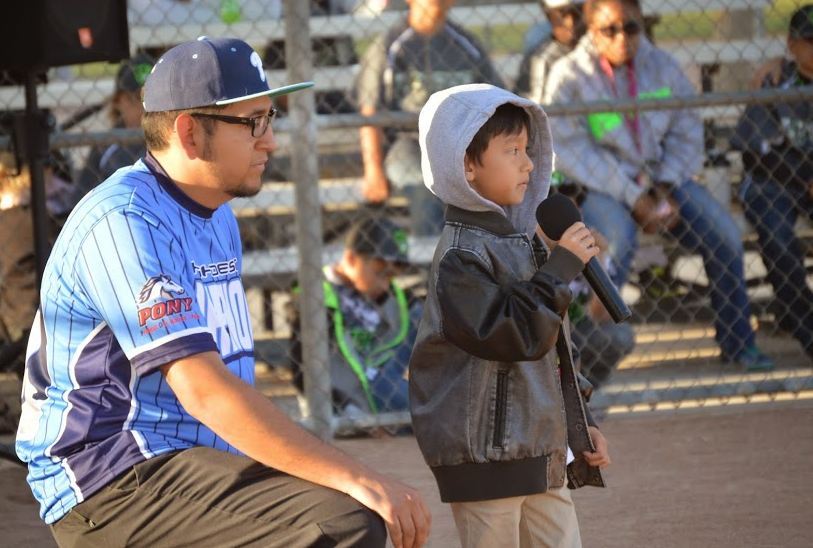 VICTORVILLE-(VVNG.com):  On Thursday, April 9th, just a week after his tragic death, members of the little league that 32-year-old Jason Bryant coached for gathered at Hook Park on the baseball field for a Candlelight Vigil. The vigil was not only in remembrance of Bryant, but to display the love, respect and honor they all shared for him.

Bryant was involved in a motorcycle collision on Thursday, April 2nd, when he lost control and hit a large tree on Village Road just north of Puesta Del Sol. He was not believed to be wearing a helmet at the time of the collision and was pronounced dead at the scene. Bryant leaves behind his pregnant wife and a young son.

In attendance were a pastor, friends, family, several little league players, including his son, who spoke about his father to the group. Candles were lit, prayers were said and balloons were released for Jason Bryant, their friend, father, husband and coach.

A gofundme account has been set up to help cover the cost of funeral expenses. Anyone wishing to help can do so by clicking HERE.