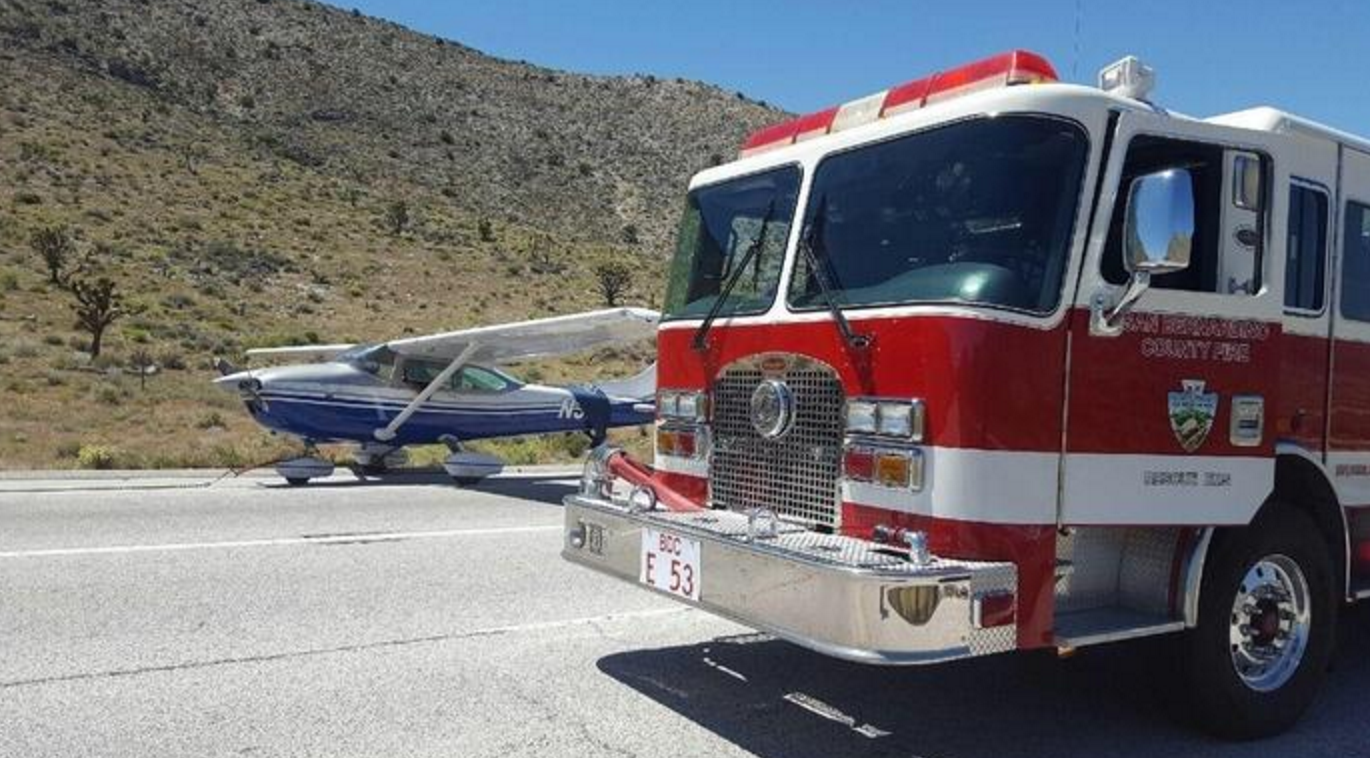 NIPTON-(VVNG.com):  A Cessna 182 single-engined airplane made an emergency landing on the I-15 near Stateline late Friday morning FAA officials said.

At around 10:45 a.m. the FAA alerted dispatch of the emergency landing on the northbound I-15 just south of stateline. The plane reportedly landed on the shoulder but the 2 right lanes of traffic were also blocked according to Caltrans officials.

The approximately 1-hour-long closure of the lanes caused congestion for several miles leading up to the emergency landing site. FAA officials said that the four-seat plane was filled to capacity at the time of the landing.

There were no injuries reported as a result of this emergency landing. Although the cause of the landing is reported to be engine failure, there is no damage to the plane resulting from this incident. 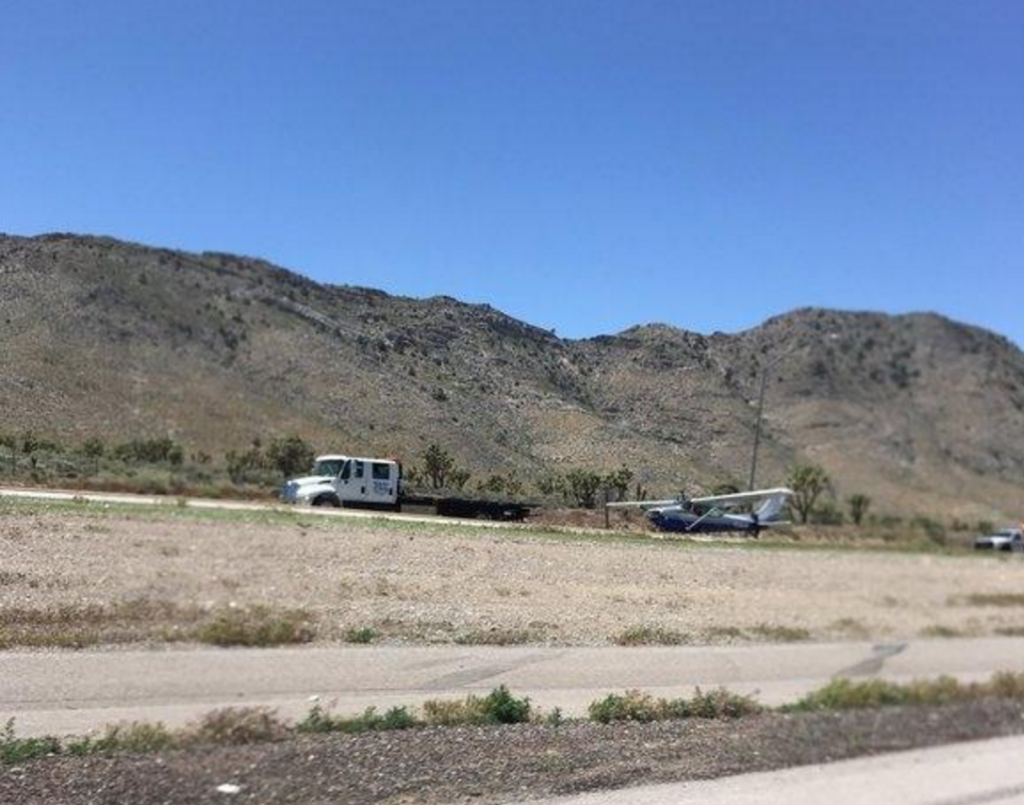 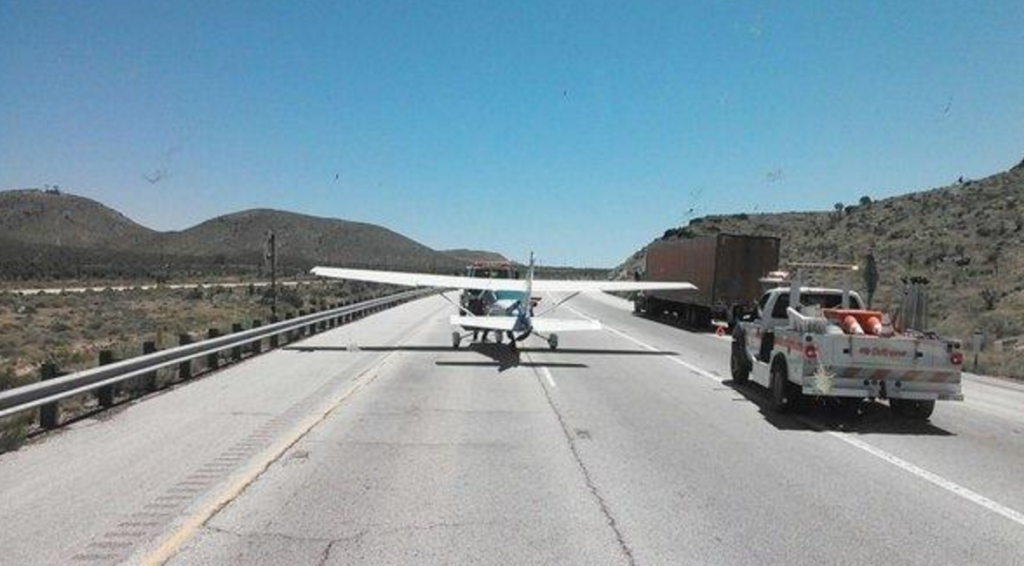