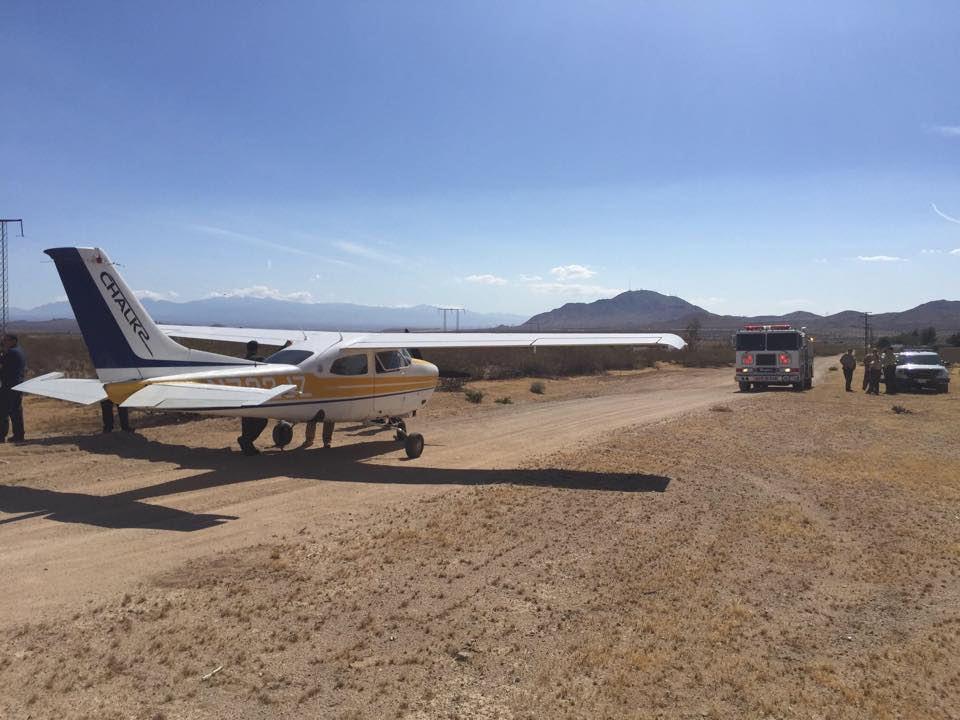 APPLE VALLEY-(VVNG.com):  At approximately 4:15 P.M., on Wednesday, May 20th dispatch received a report that a plane “crash landed” in the dirt area near Colusa Road and Dale Evans Parkway in Apple Valley.  Sheriff and Fire officials arrived at the scene, where the pilot and co-pilot had safely exited the undamaged single-engine plane.

Edison was requested for possibly damaged powerlines, but later cancelled when it was determined that no power lines were affected. The San Bernardino County Sheriff’s Department is in working with the Federal Aviation Administration (FAA) as a result of this.