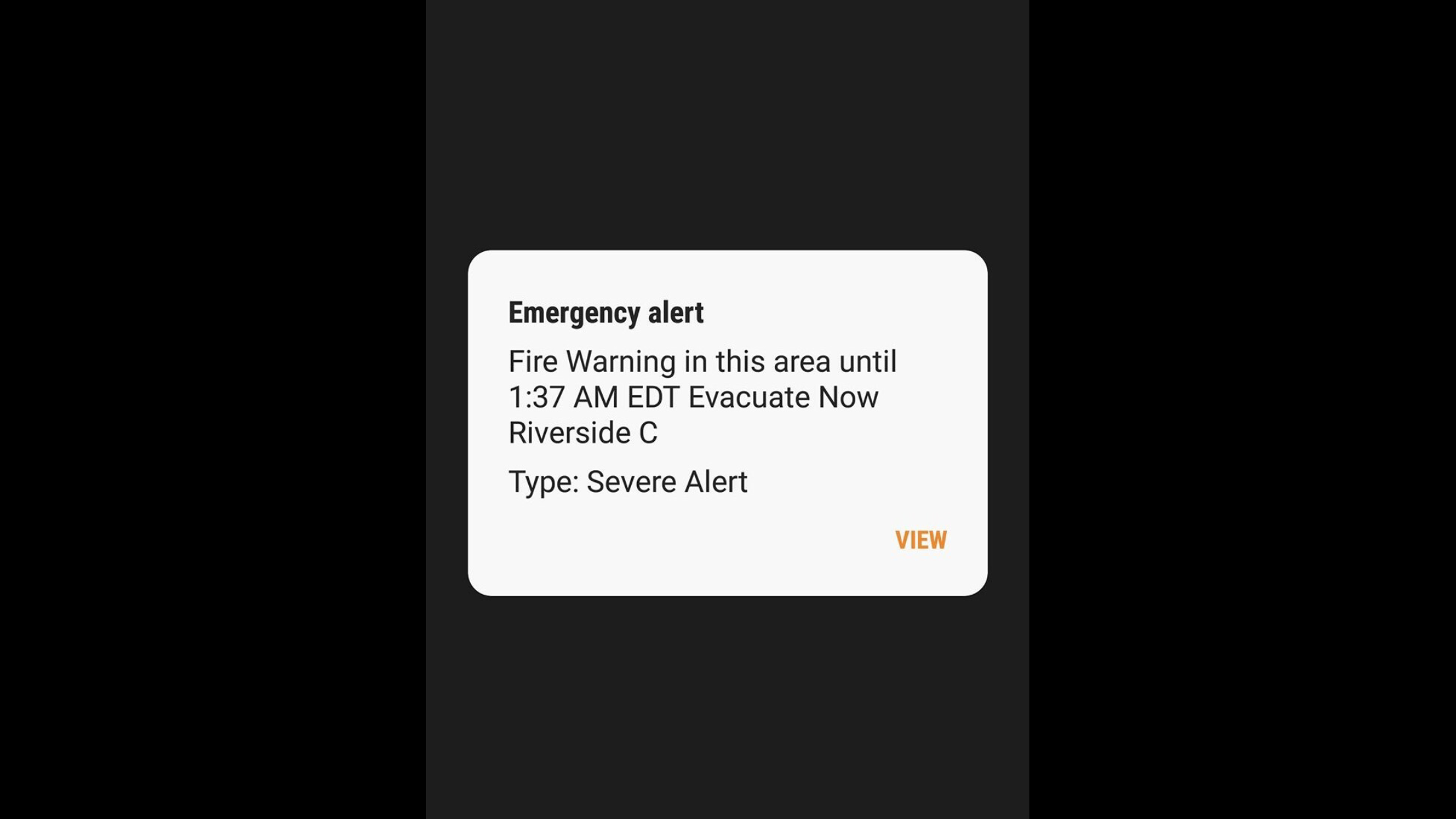 Just about anyone with a cell phone in the Inland Empire received a text message alert with a sounding alarm just after 9:30 pm.

The alert read as follows:

The alerts were sent out as a direct result of the Manzanita Fire currently burning in Riverside County.

The Manzanita Fire has scorched 1200 acres and is currently burning in the area of Hwy 79 North, Lambs Canyon south of Dump Road, south of Beaumont, according to the Cal Fire website.

Residents living in the area Highland Home Road east to Hwy 243, which includes communities of Poppet Flats & Silent Valley are under evacuation orders

According to a tweet from San Bernardino County Fire the alert was “accidental”.

So in a few short words: There’s no need to panic Victor Valley.