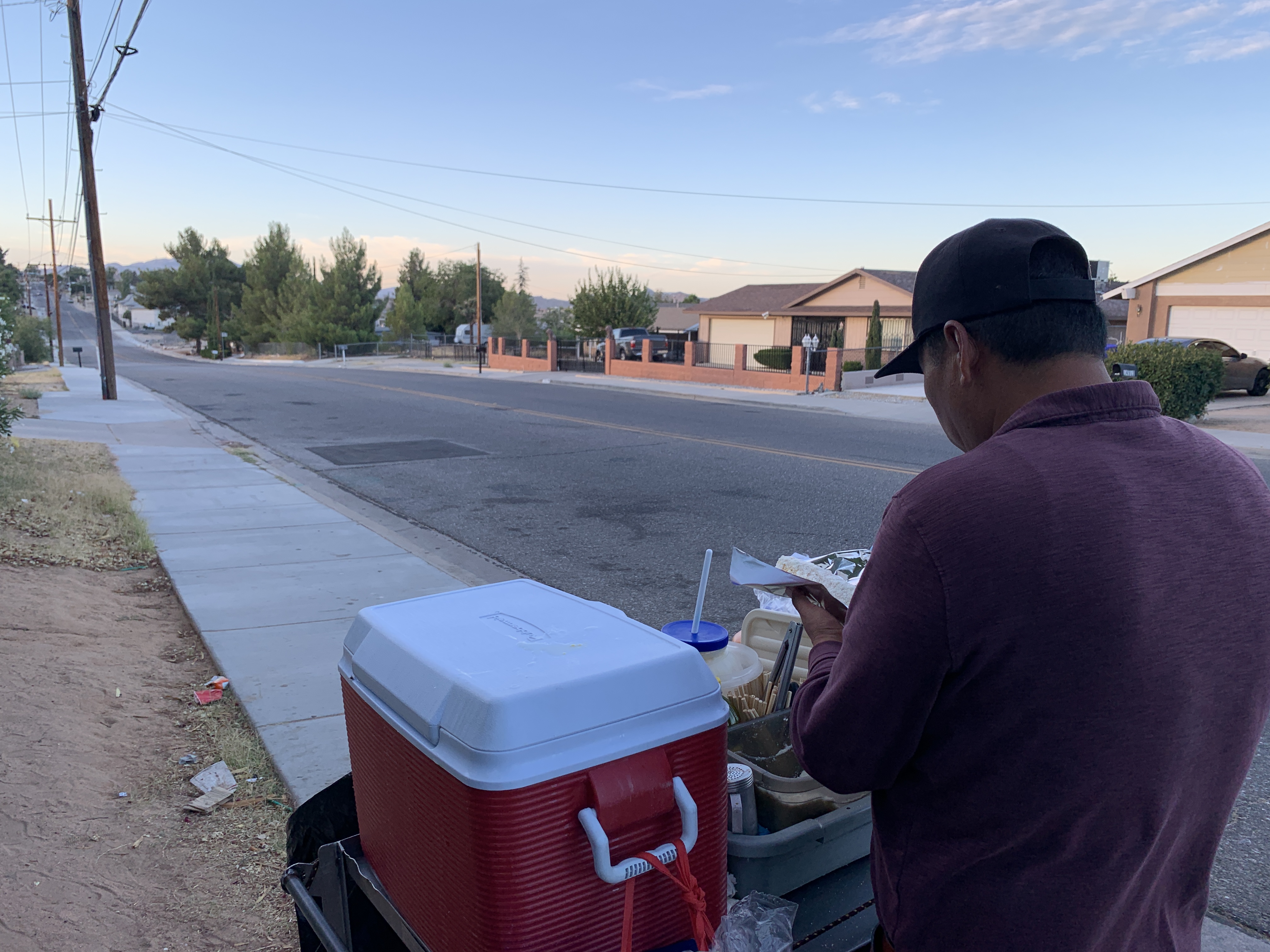 VICTORVILLE, Calif. (VVNG.com) — A street vendor best known by the public as the ‘Elote Man’ was beat-up and robbed by two suspects in Victorville.

Victorville sheriff’s spokeswoman Mara Rodriguez told VVNG the male victim was selling corn near the corner when two male suspects approached him, assaulted him, and took money from him.

The 48-year-old victim was transported to a local hospital for treatment. An update on his condition was not available as of Wednesday morning.

Deputies conducted a search of the area but the suspects had already fled the scene in a small dark-colored sedan.

Related Article: Elote Man returns to corner in Victorville and sells out within hours