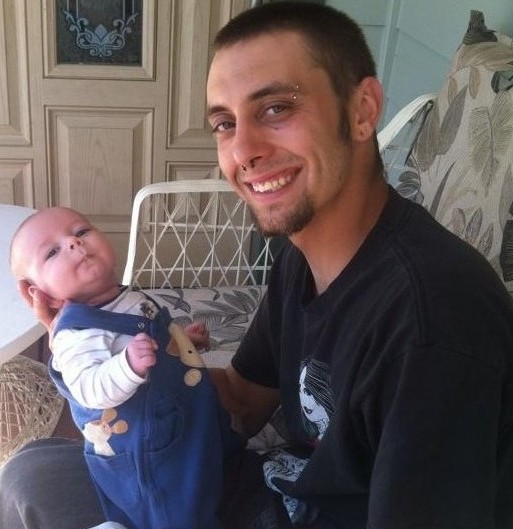 APPLE VALLEY: (VVNG.com)- On Thursday, July 17th, a High Desert based construction crew received a call and hurried over to a job-site, located at at Mission Viejo High school. Part of the job the crew was hired for, was to hang a banner in the football field area to honor veterans for an upcoming school event.

23-year-old, Daniel James Pohl was on the approximately 30-foot high scaffolding.  54-year-old, Jon Albert, Foreman on the job, was handing up some poles needed to hang the sign, up to him to him. Albert explained that it got quiet so he asked Daniel what he was doing and if everything was alright up there. “Joshua Shetley, the other worker, who is also 23 years old, yelled to me and said, Jon, something is wrong! Call 9-1-1,” recalled Albert emotionally. He said when he looked up he noticed Pohl slumped over and not moving. Shetley rushed up to assist Pohl and start CPR. Albert ran up continued CPR on Pohl, who he now believes was likely already dead. “I knew I might be doing CPR in vain, but I still had to do it,” said Albert.

Shetley stood up and inadvertently touched the same electrical line that had just shocked Pohl. The shocked threw Shetley 25-30 feet to the ground where he landed in the football field grass. Albert went down the scaffolding and ran over to help his now unconscious co-worker, who had just put his life in danger to attempt to save Pohl.  He rushed over to perform CPR on him, which helped him quickly regain consciousness.  Soon after opening his eyes, Shetley quickly began to choke. Albert, who is a veteran, had some first aid training so was able to help his choking co-worker who was then throwing up blood. When firefighters arrived they took over and transported Shetley to UCI Medical Center in Orange.

Victorville Resident, Joshua Shetley, is being treated at UCI Medical Center at this time. “My son is at UCI Medical Center with major burns, internal bleeding and broken ribs,” said Deborah Huang. She continued to say that he is alert at times but because of medication has been falling in and out of sleep. “Josh risked his life to help Daniel, he is my hero. An hour after the accident, I went to the hospital to go see him and the first thing he asked me was how Daniel was,” said Albert.

Huang, Josh Shetley’s mother, said he is expected to remain hospitalized for 2-3 weeks, during which time he will be transferred to their burn unit. “My son is a hero in my eyes,” said Huang emotionally. “I would like him to receive lots of cards, I want him to know that he is loved and being thought of,” added Huang. If you would like to send a get well card to Joshua Shetley, please send it to: UC Irvine Medical Center Joshua Shetley  101 The City Dr S, Rm #5429 Orange, CA 92868.

Daniel James Pohl lost his life working hard to provide for the family he loved so dearly. He was described as a proud father and husband who always talked fondly about his wife Britney and 6-month-old son, Levi. He had just got his job about 3 weeks before the accident and was so proud to have got the job to help support his young family. The 2010 Apple Valley High school graduate, was the oldest of six children and the only boy in his family. “We just celebrated our one year wedding anniversary on July 8th. Our son Levi was born 2 days following Daniel’s birthday in January,” said his wife Britney. Daniel is described as a loving father and husband who was a hard worker who always was proudly sharing stories about his new son. He was a good worker and according to Jon Albert, he was the best worker that he had ever hired. “Daniel would give the shirt off his back if someone needed it. That day I did not have time to bring my lunch. Daniel had two sandwiches and shared one with me while telling me how “bomb” the sandwiches his wife made were,” recalled Albert. Pohl’s father is flying to California from his home in Oregon for his son’s funeral. Daniel’s mother is also having a very difficult time dealing with the loss of her only son, stated Britney.

The funeral for Daniel is planned for Wednesday, July 23rd at 3:00 pm, with services at the High Desert Church in Hesperia. If you would like to donate to this family who is suffering the loss of their loved one in this tragic accident,  there is a Memorial Fund set up at Wells Fargo Bank, donations can go to the “Daniel James Pohl Memorial Fund” you can also donate through the family approved go fund me account set up on their behalf. 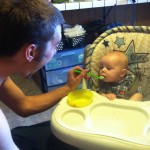 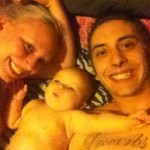 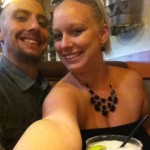 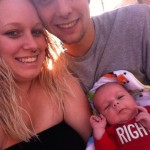 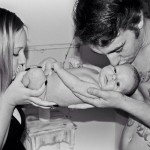 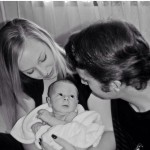 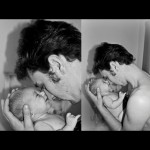 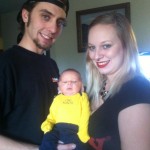 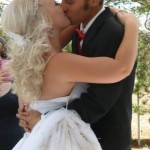 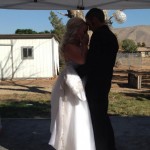 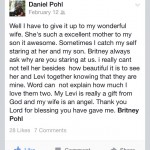 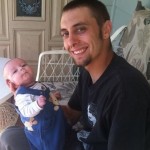