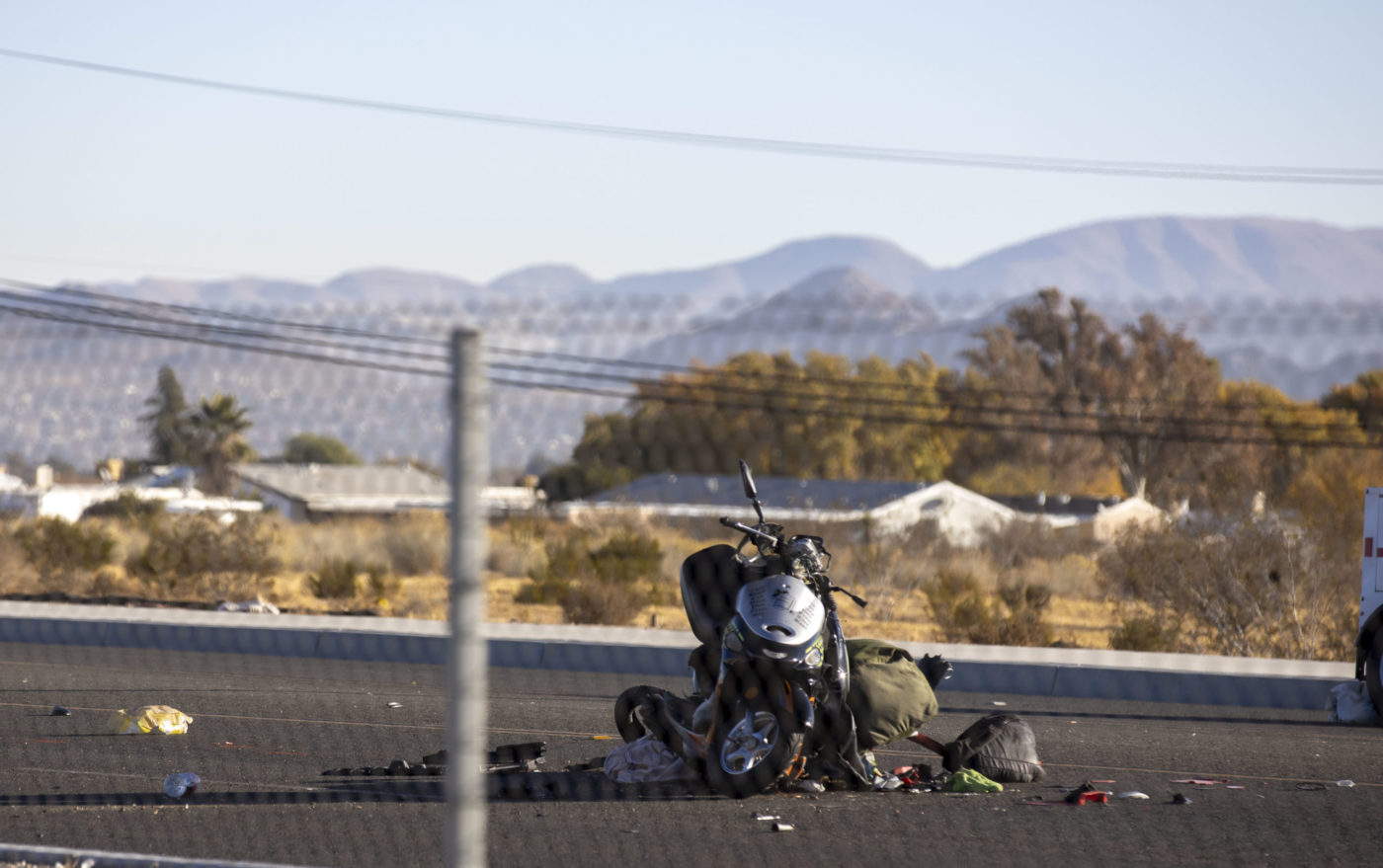 VICTORVILLE, Calif. (VVNG.com) — Authorities are searching for a vehicle involved in a hit-and-run crash that claimed the life of a 74-year-old elderly man on a motor scooter.

Upon arrival, deputies discovered the driver of a Wansen Motor scooter down at the location.

Officials said the driver had suffered major injuries and despite life-saving efforts by rescue personnel, was pronounced deceased on scene.

According to a sheriff’s news release, “evidence gathered at the site of the collision suggested there may have been another vehicle involved, possibly an older model-silver vehicle, which left the scene before first responders arrived.”

The identity of the deceased man will be released by the San Bernardino County Coroner’s Office pending family notification.

Officials said the cause of the collision is still under investigation and anyone with information is asked to contact Deputy M. Lee or Deputy J. Mata at the Victorville Police Department at (760) 241-2911 or Sheriff’s Dispatch at (760) 956-5001.

5 brush fires ignite in the Cajon Pass on Sunday