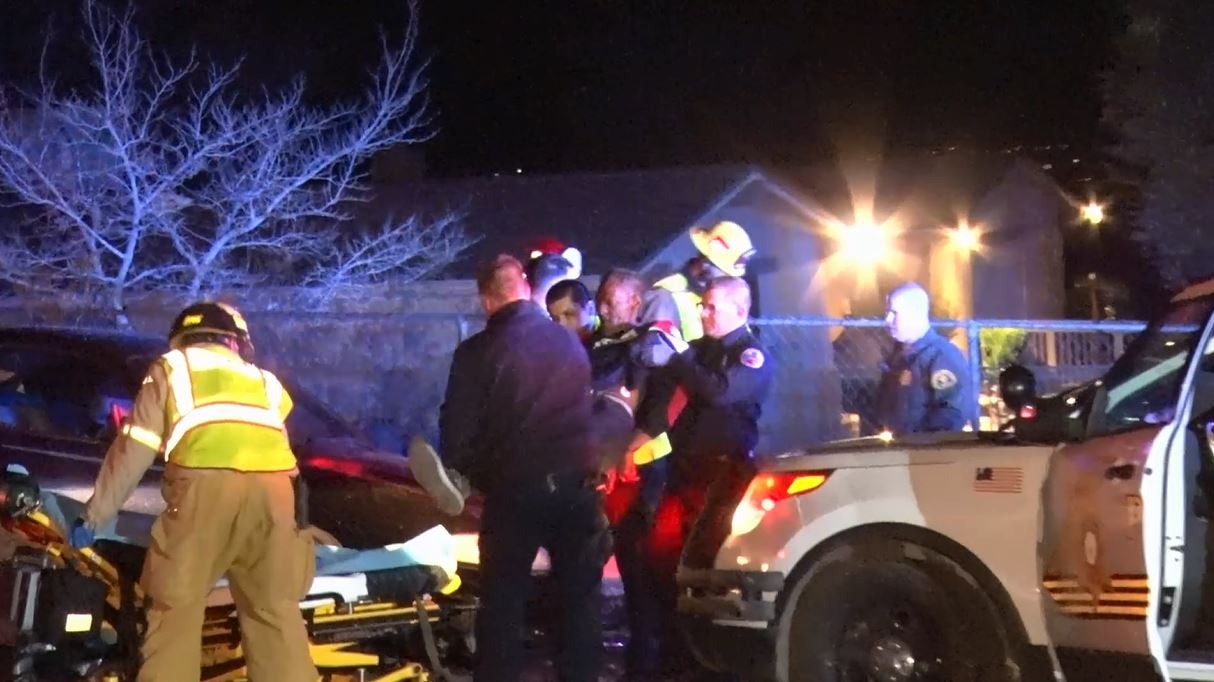 APPLE VALLEY, Calif. (VVNG.com) An elderly man led authorities on a high-speed chase through residential streets before he was taken into custody late Thursday.

The pursuit began around 8:45 p.m. near the intersection of Serrano Road and Rimrock Road as deputies from the Apple Valley Sheriff’s station trailed behind; the driver reached speeds in excess of 60 mph on small residential streets, according to scanner traffic.

The brief pursuit came to an end after the man, who appeared to in his late 70’s, drove his Ford Mustang into a dead-end street where deputies performed a pit maneuver near the intersection of Carlisle Road and Atoka Road.

Paramedics from the Apple Valley Fire Protection District were called to the scene to treat the suspect after he was taken into custody.

The suspect was transported to a local hospital for treatment.

No deputies were injured in the incident. San Bernardino County Sheriff’s Department Apple Valley Police is investigating the incident.