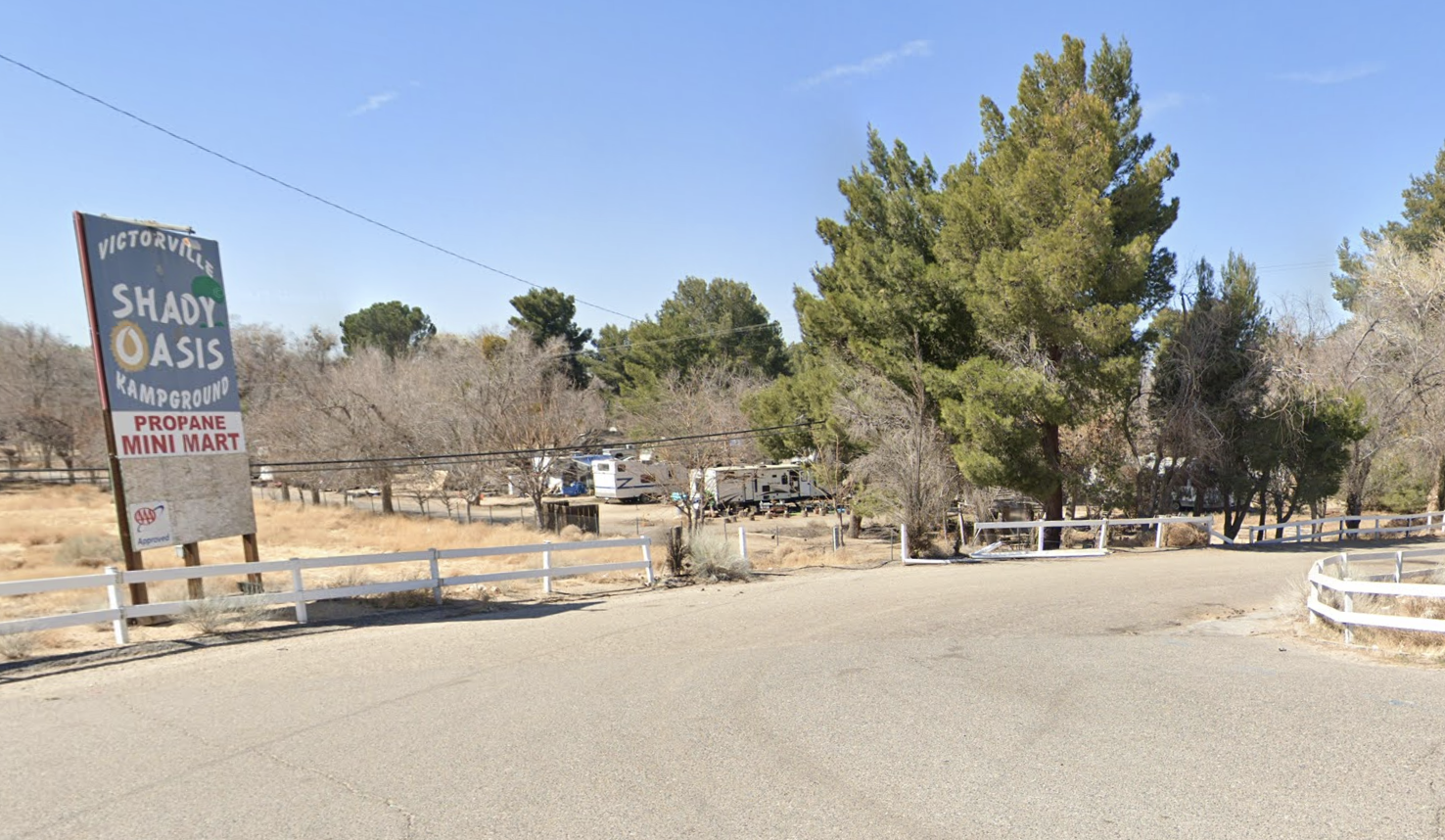 VICTORVILLE, Calif. (VVNG.com) — Deputies from the Victorville Police responded to the Shady Oasis after an elderly man was choked unconscious, officials said.

The victim went to speak to the male suspect about the rules of the campground and his speed and the suspect became angry.

“The suspect hit the victim several times and then choked him until he became unconscious and fell to the ground,” stated Rodriguez. “The suspect threatened to kill the victim before a witness came to the aid of the victim.”

The unidentified suspect fled the location before deputies could arrive. Rodriguez said the victim was transported to a local hospital for treatment but had no update on his condition.