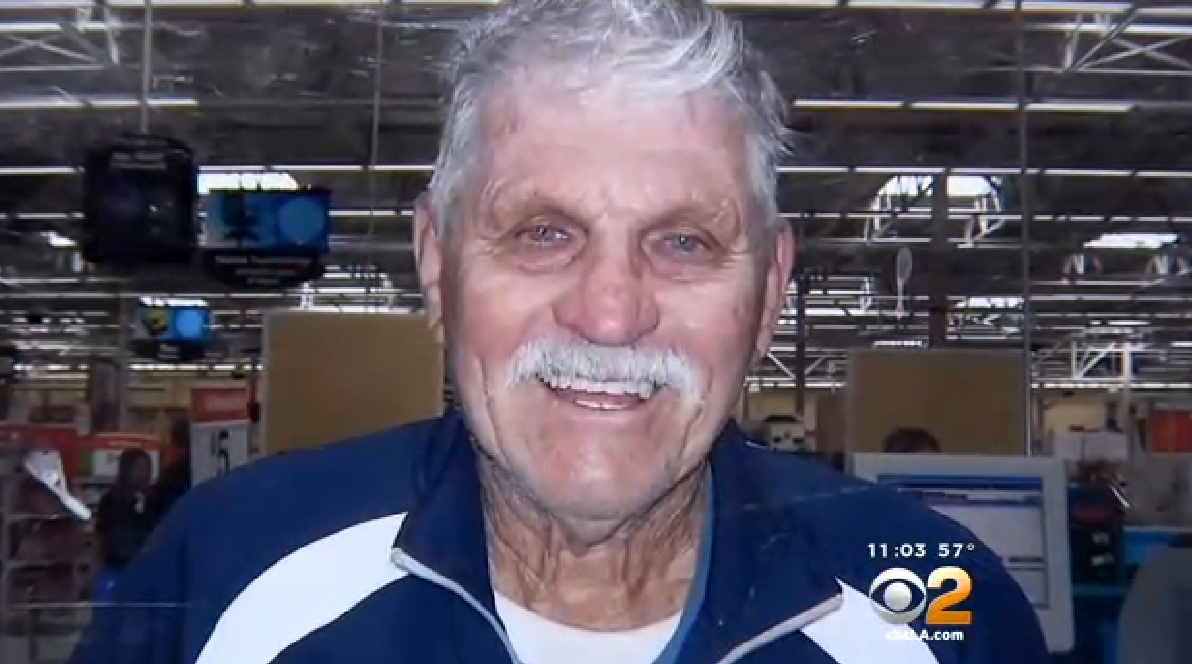 Photo shared by Alison Rennie in VVNG: Doing a little better today. “It’s hard to eat so I have to drink Boost.”

APPLE VALLEY: San Bernardino County Sheriff Deputies are seeking the public’s assistance in locating a man who hit and knocked out a 79-year-old man at the Stater Bros. located on Bear Valley Road and Navajo Road in Apple Valley.

The incident occurred on Sunday, May 4th in the late afternoon. Alfred Mcosker was finishing his shopping trip and loading his vehicle with his groceries. Mcosker was parked next to a gray late-model gray Hyundai sedan. While loading his vehicle his buttocks bumped into the car. The suspect was enraged thinking that his vehicle was hit by the victim’s basket. He then accused him for scratching his vehicle, then proceeded to punch him several times, leaving him with two black eyes and knocking out a tooth.

“His pride was hurt more than anything. He used to be the tough guy, now he’s been blindsided, that’s enough to hurt anyone’s pride.” said Alison Rennie, the victim’s daughter.

A Stater Bros. store employee made the 911 call to report the incident and request assistance for Mr. Mcosker, who was said to be bleeding from both nostrils.The suspect is described as a Caucasian male, 20-25 years old, dark hair, goatee, approximately 6 ft tall,slightly heavy build and wearing a gray hat and shirt.

If you have any information that may help lead authorities to the suspect please call the Apple Valley Sheriff’s Dept. at (760)240-7400.