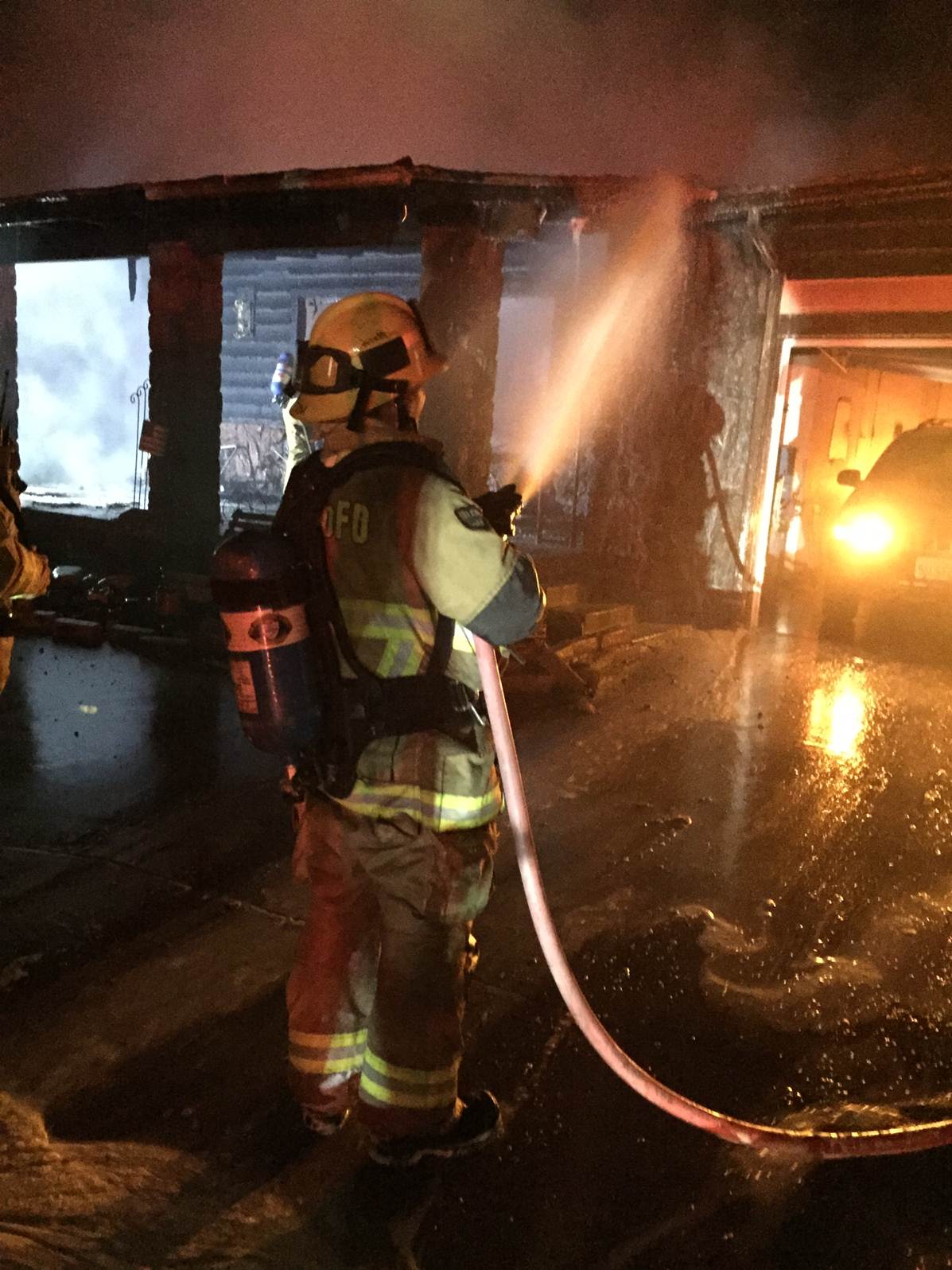 Firefighters arrived at the fully engulfed home, in the area of Neilson and Wintergreen Roads approximately 10 minutes after the report. Fire Fighters efforts were hampered for several minutes due to the lack of an accessible water supply and the life hazard alert.

Two of the three occupants, of the home were able to exit after a female occupant heard a noise and looked outside to see flames on the back patio area of the home.

According to San Bernardino County Fire Department Spokeswoman, Tracey Martinez, she then woke up her elderly aunt and proceeded to get her 82-year-old, wheelchair bound father from the home. She got her aunt outside of the home and continued back toward the home to get her father, but she was overcome by smoke making her unable to rescue him. Her father was later found deceased by the doorway of the approximately 3000 square foot single-family home.

For the two water tenders, 25 firefighters and battalion chief that responded to the fire it was determined dangerous due to the home having several firearms inside and a large propane tank just north of the home.

Firefighters blocked Wintergreen and Neilson Roads in order to fight the fire and reduce the chance of injury to bystanders. On scene firefighters requested investigator and utilities for the home.

The firefighters worked for about an hour on defense trying to prevent the fire from spreading to the nearby vegetation and propane tank. Cal Fire was called to prevent spread to vegetation, but was later cancelled when the fire was contained to the structure. Five dogs also perished in the Monday night blaze.

The house was determined to be a complete loss. At this time, investigators are on scene attempting to determine the cause of the fire.