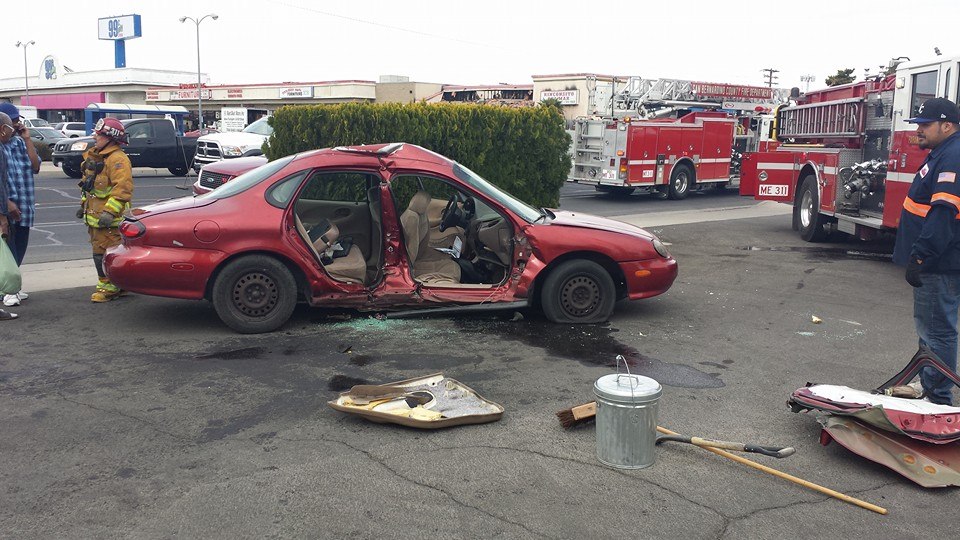 VICTORVILLE: A portion of 7th street was shut down on Thursday afternoon following a two vehicle traffic collision.

An elderly female reported to be 90-years-old required to be extricated from the back seat of a red Ford Taurus after being struck by a turquoise colored Totoya Corolla near the intersection of 7th street and La Paz at about 1:15 p.m., on Thursday.

VVNG member John Beth, witnessed the accident and was one of the first on scene. “I was talking to her to keep her awake, asking her age and what day it was, she was very confused.”

He stated the Taurus was attempting to make a left turn into the Rite Aid parking lot when the Toyota collided into the Taurus.

Firefighter’s had to use the jaws of life to extricate the patient from the back seat of the mangled vehicle. The driver of the Taurus believed to be the daughter was a little banged up and bruised but no serious injuries, stated Beth.

A landing zone was established at the San Bernardino County fairgrounds. Where “Lily” the elderly female was taken to be airlifted out to an out of area hospital, her injuries are unknown.

The driver of the Toyota did not appear to be injured. It’s also believed the vehicle had the right away at the time of the accident. 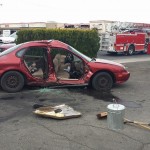 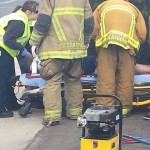 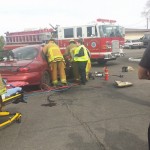 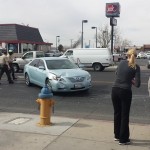 Firefighters Use “Jaws of Life” to Free Trapped Motorist