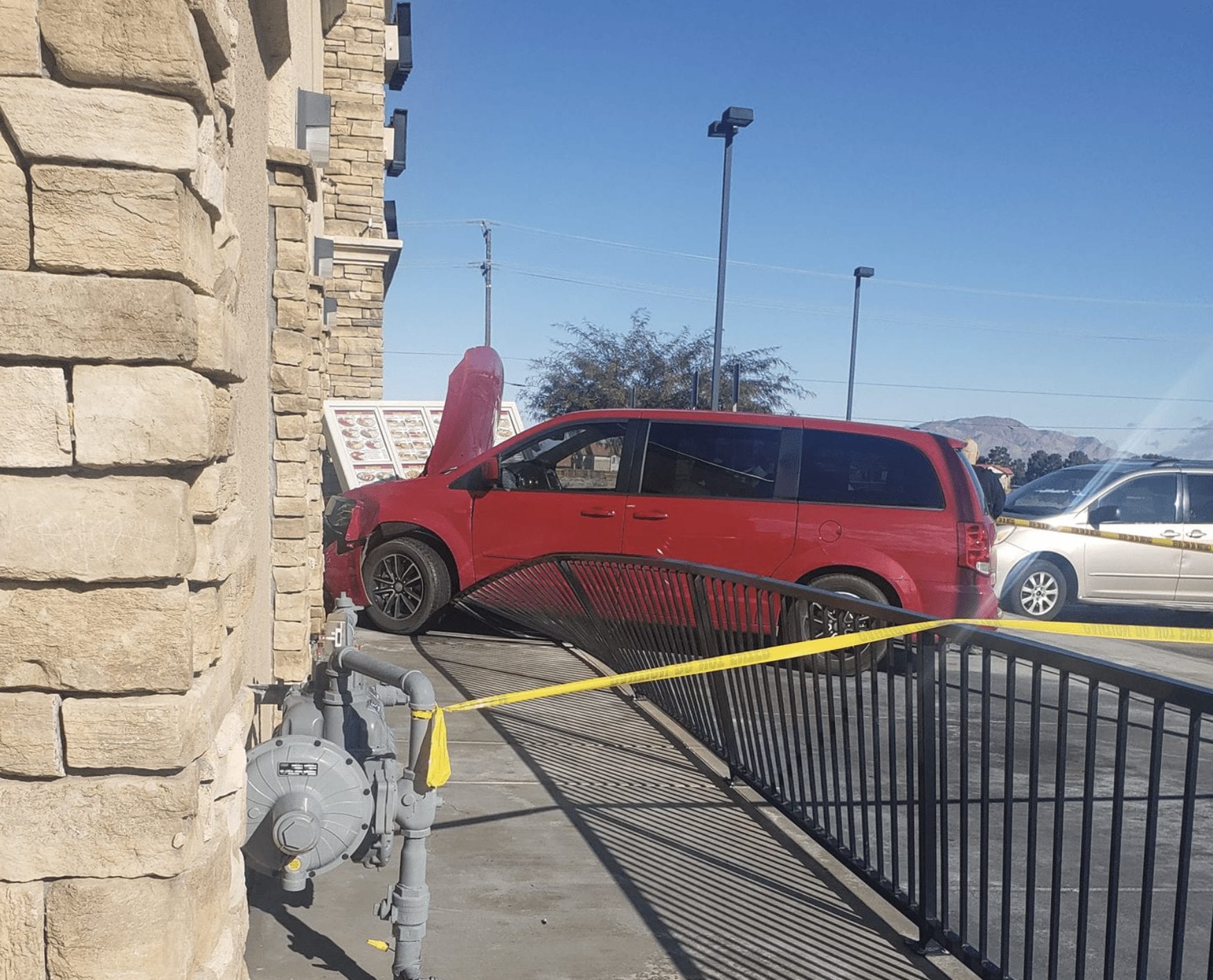 VICTORVILLE, Calif. (VVNG.com) — A van driven by an elderly woman crashed into the Yellow Basket Burgers on Christmas Eve.

At about 9:44 am., firefighters from the Victorville City Fire Department responded to the 14300 block of Palmdale Road after receiving reports of a vehicle into a building.

Upon arrival, they located a red Dodge Caravan with an elderly man and woman inside.

A witness told VVNG the elderly woman, who is wheel-chair bound was behind the wheel at the time of the crash. “She was trying to park and hit the gas instead of the break,” stated the witness who asked not to be named.

The van went over the curb, across the drive-thru line, where it damaged a wrought iron gate and knocked over the menu/order sign.

The occupants of the vehicle reported only minor injuries.

Victorville City Building & Safety were called to check the structural damage. The woman’s restroom was the only portion of the building that received noticeable damage.

Yellow Basket closed early on Christmas Eve and will reopen the day after Christmas.