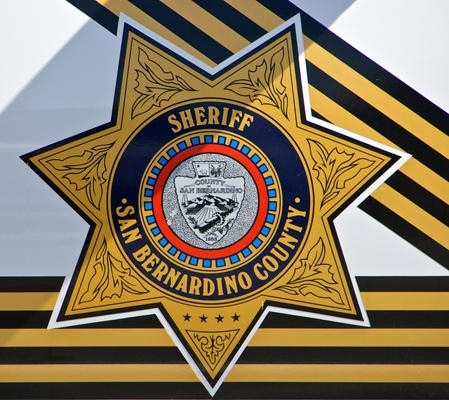 [googlemap src=”” align=”alignright” ]DEVORE:(VVNG.com)- On the evening of July 7, 2014, Deputies were called to the 17900 block of Hillcrest Drive in the community of Devore regarding an assault. Deputies arrived to find the victims, an elderly male and his wife, badly beaten with bleeding injuries to their faces and arms. San Bernardino County Fire Department and AMR ambulance medical personnel arrived and immediately began rendering aid.

While providing medical care, Fire Captain John Flesher said he remembered seeing a person who matched the description of the suspect provided by the victims. Captain Flesher volunteered to take deputies to his last known location.

After the victims received their medical attention, Captain Flesher, Engineer Brian Wells and Firefighter Paramedic Michael Demoff drove their fire engine to the area of Marion Ave and Muriel Ave, in Devore, along with deputies. Once in the area, the firefighters saw an adult male run behind a home into the darkness. Firefighters alerted the deputies and assisted in searching the large field and ravine where the subject was seen running toward.

The suspect was found hiding in bushes near the bottom of the ravine. Dennis Dickinson, 59 years of age, a resident of Devore was taken into custody and booked at West Valley Detention Center on felony charges of Battery resulting in major injury.