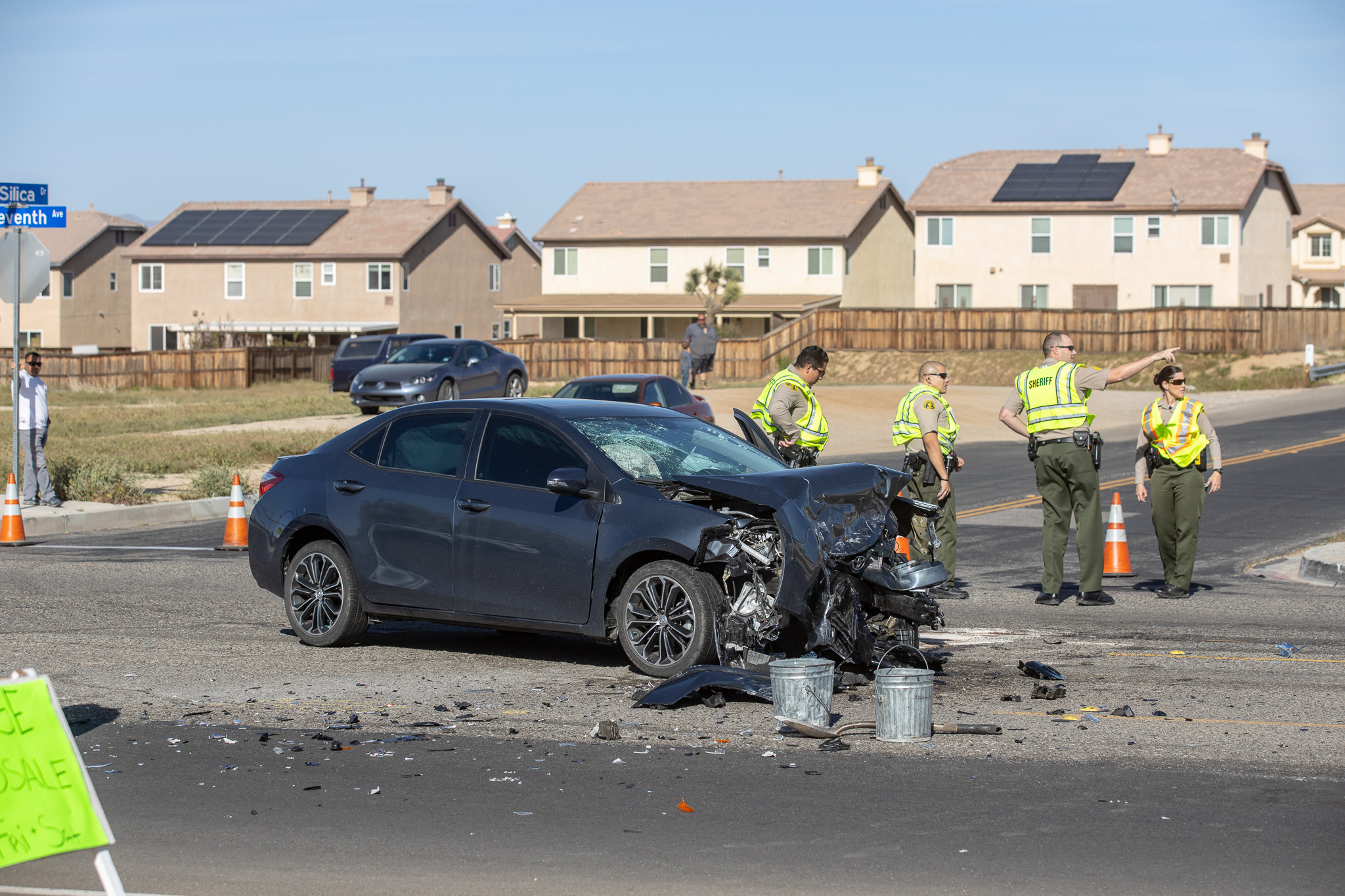 VICTORVILLE, Calif. (VVNG.com) — The San Bernardino County Coroner has identified the woman killed in a crash here Saturday as 83-year-old Gladys Bettencourt, a resident of Nevada.

The crash happened just before 4:00 pm, on April 6, 2019, at the intersection of Silica Road and Seventh Avenue in Victorville.

Victorville City Fire Department and deputies from the Victorville S responded and found a black 2018 Honda Accord and a dark-colored 2016 Toyota Corolla blocking the roadway.

For reasons still under investigations, the two vehicles collided at the intersection, injuring multiple parties.

Bettencourt was a passenger in the Corolla at the time of the crash, and despite life-saving measures, she was pronounced deceased at a local hospital, the coroner’s website confirmed.

The female driver of the Toyota and a third female passenger were also transported by ground ambulances to local hospitals for further treatment.

The female Honda driver was also injured and transported to a local hospital.

“Bettencourt previously lived in the Victor Valley for about 20 years before recently moving to Nevada two weeks ago,” a person close to Bettencourt told Victor Valley News. “She just came here for a day and was then planning on going back home.”

Seventh Avenue was closed for several hours while the Sheriff’s Major Accident Investigation Team (MAIT) processed the scene of the crash.

Authorites have not released the cause of the crash.