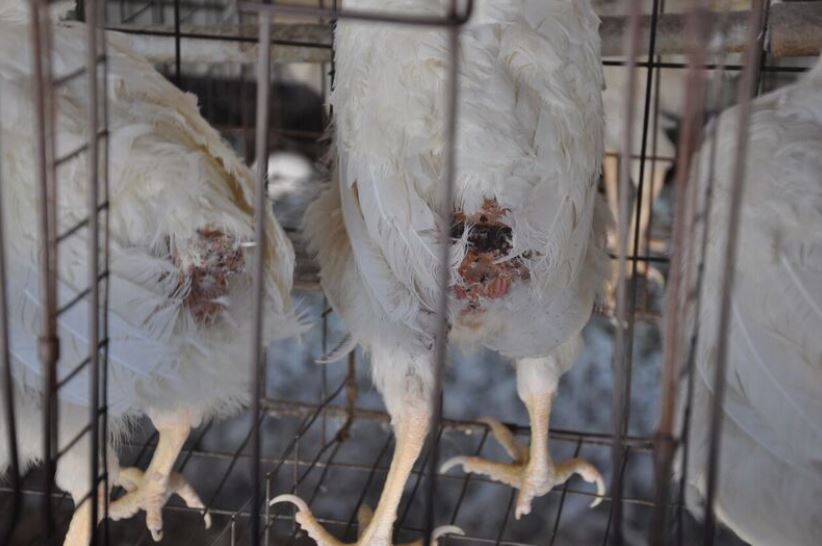 Proposition 2, passed in 2008 by California voters, requires that an egg-laying hen must be able to fully spread her wings without touching another animal or side of an enclosure.

Hohberg’s Poultry Ranches in Ontario was said to be in violation of that law, and as a result was charged with 39 counts of violating the state’s Prevention of Farm Animal Cruelty Act and 16 misdemeanor counts of animal cruelty under Penal Code 597(b).

The report cited that chickens at the location were being kept in “inhumane” and “deplorable” conditions.

A warrant was served and executed at Hohberg’s Poultry Ranches on Feb. 20, 2016 as a result of an investigation conducted by Inland Valley Humane Society and Ontario Police Department.

During the execution of the search warrant, investigators from the District Attorney’s Animal Cruelty Prosecution Unit, Ontario Police Department, The Humane Society of the United States, and Inland Valley Humane Society found birds in overcrowded cages in which the birds were not able to fully spread their wings, a press release stated.

“Upon serving the search warrant, we found approximately 28,800 hens in unsanitary conditions that clearly violated the Farm Animal Cruelty Act,” said Ploghaus. “In some instances, we found dead hens decaying in the same cages beside living hens laying eggs for human consumption.”

Robert Hohberg, the 70-year-old owner of Hohberg’s Poultry Ranches, faces up to a maximum of 180 days in County Jail for each cage size violation and a year for each animal cruelty count, if convicted.

Hohberg is scheduled to appear in court March 7, 2017.

“While we are obviously concerned about the health of our citizens, at the end of the day, we also have a lawful obligation to ensure that animals in our county are being treated humanely,” said District Attorney Mike Ramos. “The overcrowded conditions these animals were forced to live in were cruel. It was a horrible existence.”