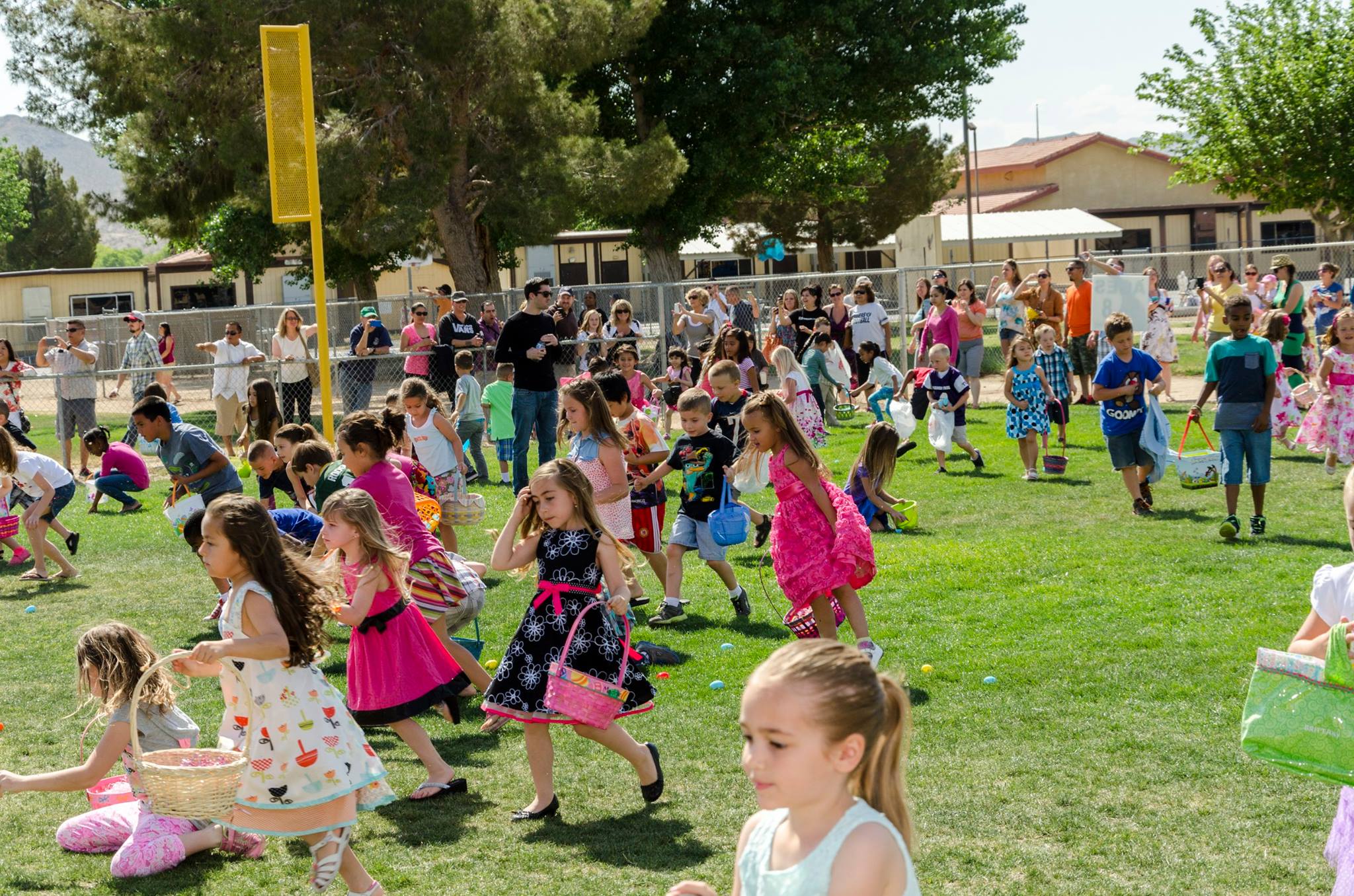 SILVER LAKES: Like a swarm of locust straight from a Biblical plague, 6,000 Easter eggs disappeared within 90 seconds as hundreds of children, divided into age groups, rushed across 3 sports fields grabbing eggs in all directions. The annual event, put on by the Silver Lakes Association’s Recreation Department, claimed close to 1,000 residents and their guests. Silver Lakes is a private community and a valid Association ID is required to attend events, which are hosted on a regular basis throughout the year.

Children were divided into four age groups, starting from toddlers and going up to thirteen years old. The eggs were filled with assorted chocolate candies, and prize baskets were offered to the winners in each age group who found special “critter” eggs that pictured small creatures on the shell.

Many residents lined up to take pictures with the Easter Bunny. Seated on a green and gold throne, children were able to interact with the special guest and have their picture printed to take home. After the eggs had been gathered, kids lined up to try out the latest activity added to the event; a life-sized Candyland game board.

Modeled after the classic board game, children moved along a winding road of colored foam squares according to the color on a large die cast by a volunteer. As they passed hand-painted, life-like wooden characters, they gained candy and small prizes until they reached the last square, where they were given a gleaming crown next to King Kandy.

Marta Kraemer, Recreation Coordinator and event director for the Silver Lakes Association, was very pleased with the event turnout, and excited that Candyland came to life without a hitch. She asked that Diane Golden, a resident of Silver Lakes, be recognized for the many hours she donated to create the characters for the game. Diane has 43 years of experience painting portraits, and although her cheapest work is worth hundreds of dollars, she painted each character, a two and a half to three-hour process per character, all for free. When asked why, Diane said she volunteered her services to help her daughter Patty and for the benefit of the children throughout the community. Kraemer also had praise for Tom and Debbie Ulibarri, along with Diane’s daughter, Patty Setter. The four of them cut, treated, sketched, and painted the wood to bring the characters to life, over a period of several weeks. 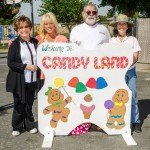 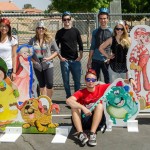 Staff and volunteers pose with the Candyland characters 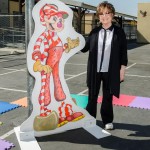 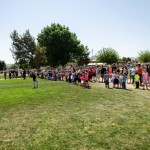 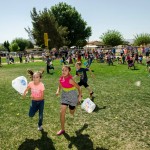 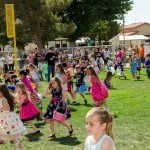