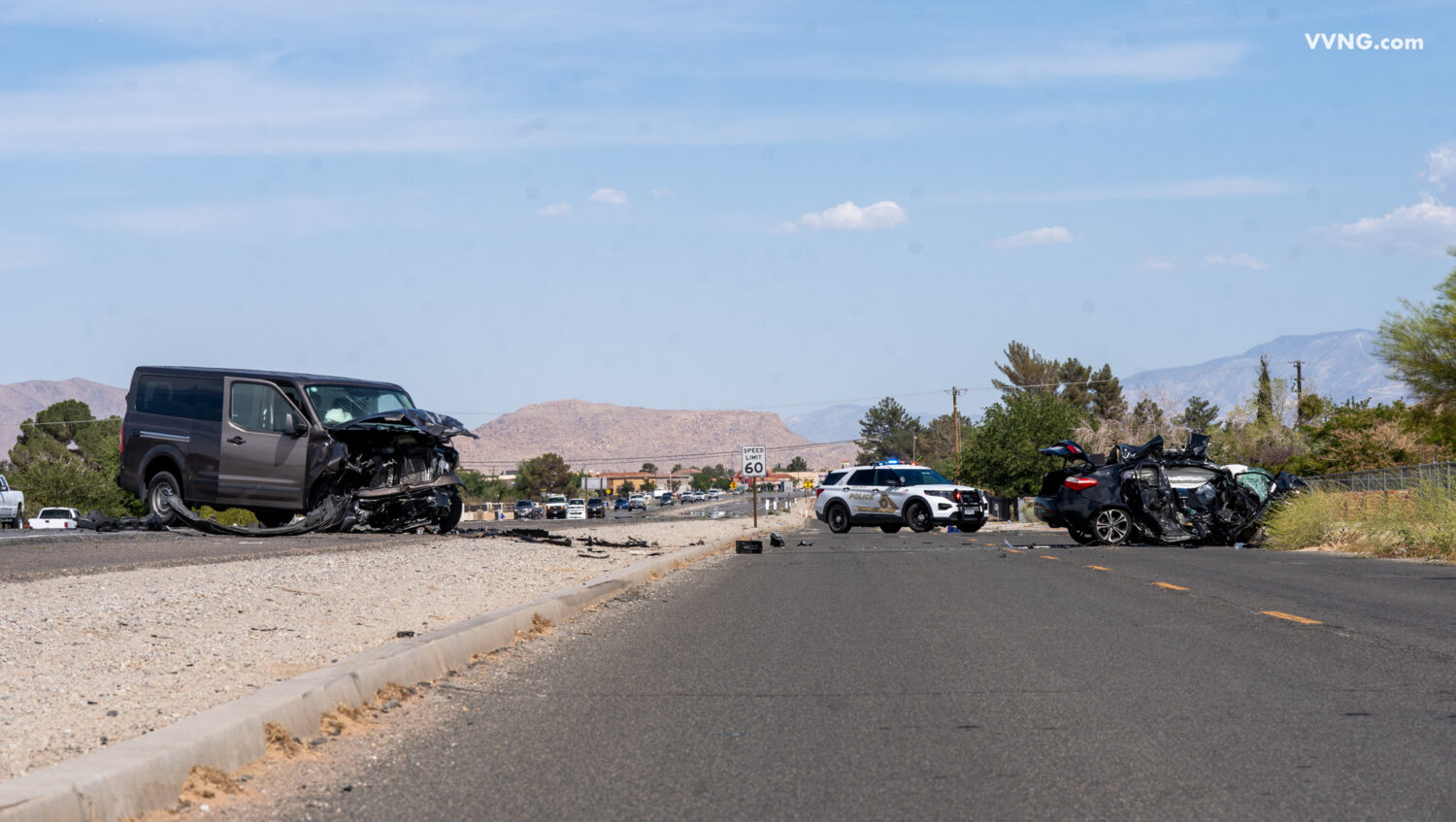 UPDATE 6/10 — Sheriff’s officials said the gray Nissan van was eastbound on State Highway 18, east of Rimrock Road. For an unknown reason, the driver of the Kia lost control of the vehicle causing it to cross the center median and into eastbound lanes, crashing head-on into the Nissan.

Anyone with any information or anyone who may have witnessed the collision is asked to contact Deputy J. Malocco or Deputy R. Grissom at the Apple Valley Sheriff’s Station at (760) 240-7400 of Sheriff’s Dispatch at (760) 956-5001.

APPLE VALLEY, Calif. (VVNG.com) — Eastbound lanes of Highway 18 in the Town of Apple Valley are closed due to a fatal traffic accident investigation.

The crash was reported at about 3:00 pm, on Thursday, June 9th, and involved a black four-door sedan and a dark-gray van.

Firefighters with the Apple Valley Fire Protection District responded and pronounced one person deceased and another in critical condition.

According to a witness who stopped to help, the female driver of the sedan and a small puppy were both killed in the crash. A male passenger was airlifted to a trauma center. The driver of the van sustained minor injuries.

Eastbound lanes of highway 18 are being detoured at Rimrock Road during the investigation. Sheriff’s officials have not released any details about the accident. This is a developing story and additional information will be updated as it becomes available.