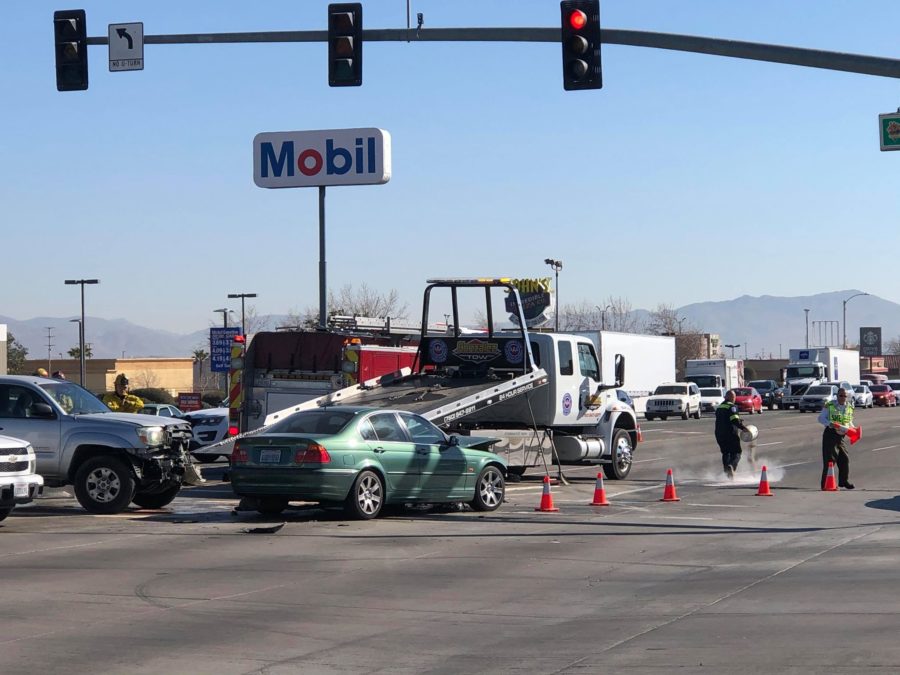 At about 8:52 am., on February 19, 2020, firefighters responded to a two-vehicle traffic collision at the intersection of Bear Valley and Mariposa Roads.

The crash involved a green BMW and a silver Toyota Tacoma and no injuries were reported by either driver. However, a fuel leak from the truck required a hazmat response from San Bernardino County Fire.

The incident required eastbound traffic on Bear Valley to be detoured for approximately two hours. Westbound traffic was also reduced down to two lanes at Mariposa Road.