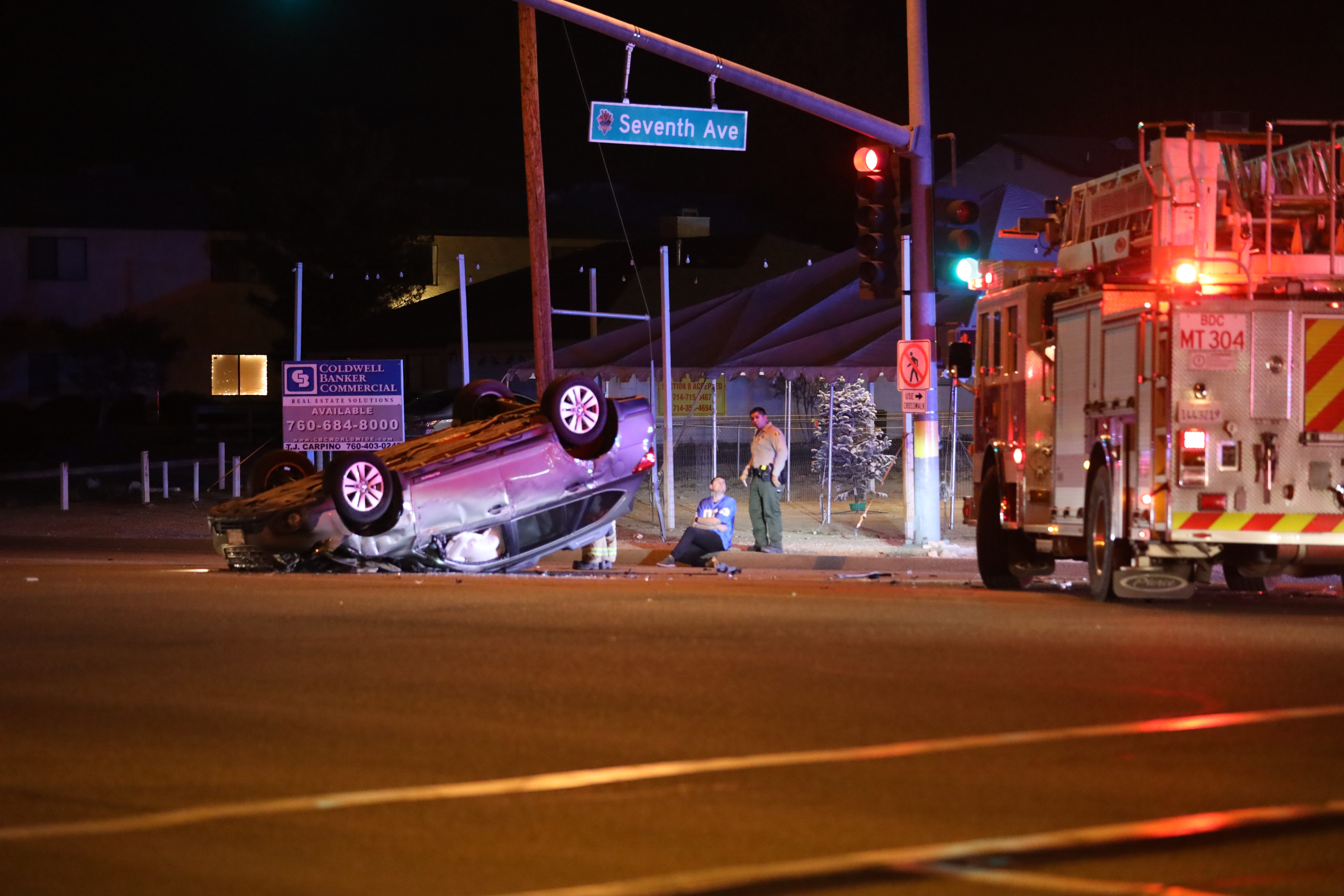 It happened at about 11:34 pm, and involved a 2016 Subaru and a 2015 Honda Civic at the intersection of Seventh Avenue and Bear Valley.

The collision between the two vehicles caused the Subaru to overturn and landed on its roof, blocking lanes.

San Bernardino County Fire and American Medical Response (AMR) arrived and evaluated the driver and occupants from the vehicles. No injuries were reported.

The driver of the overturned sedan was administered a field sobriety test at the scene. It’s unknown if drugs or alcohol were a factor in the crash.

The official cause of the accident is under investigation by the Hesperia Sheriffs Station.