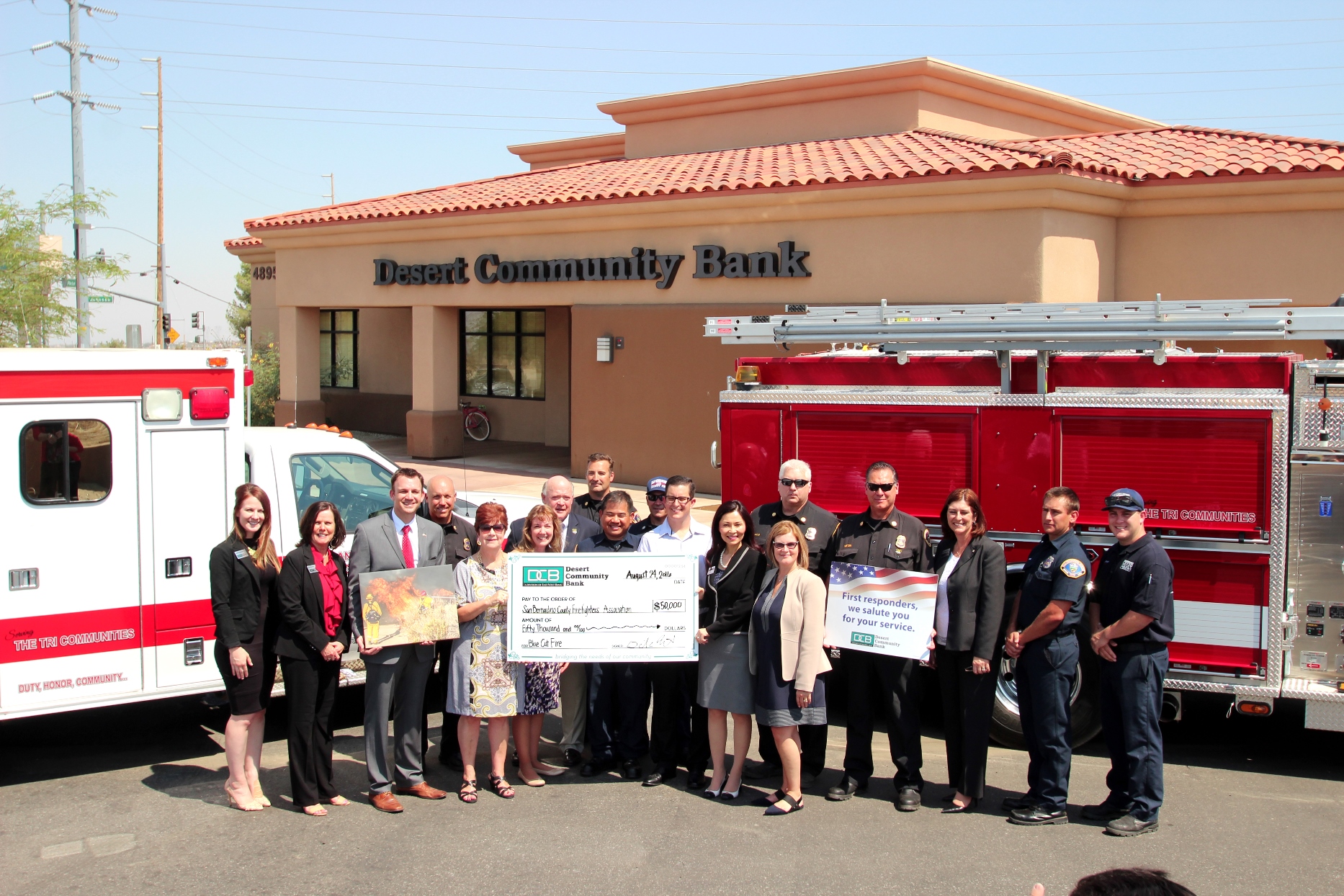 Pasadena, California – August 25, 2016 – East West Bank announced that it has donated $50,000 to San Bernardino County Firefighters Association to support relief efforts for the Blue Cut fire in the county.

“The five-year drought has made every brush fire in California potentially destructive to our communities,” said Emily Wang, SVP, Director of Marketing and Community Development at East West Bank. “As members of San Bernardino County, we are here with our community during difficult times. Therefore, upon learning the wide-spreading fire, we immediately contributed to the relief effort to help minimize the damage. We are grateful to the firefighters who have been on the frontline risking their lives to protect the community.”

A portion of the donation will also be allocated to Fire Family Foundation to support families of firefighters, fire victims, fire departments and charities.

For impacted customers, East West Bank will be waiving certain service fees and late fees on payments for mortgage, home equity lines of credit, or other loan products through September, 2016.

About San Bernardino County Firefighters Association
SBCoFFA was born in the 1930s as the Fontana Firefighters Association, which transitioned over the years into the Fontana Fire Protection District, was merged into the Central Valley Fire District and then finally became the San Bernardino County Fire Department. The primary mission of SBCoFFA has always been to provide support to its members in times of need, illness and injury. SBCoFFA is also a proud supporter of many local charities, Fire Explorer programs, and betterment of the fire service as a whole.

About East West Bank
East West Bancorp, Inc. is a publicly owned company with total assets of $33.0 billion and is traded on the Nasdaq Global Select Market under the symbol “EWBC.” The Company’s wholly owned subsidiary, East West Bank, is one of the largest independent banks headquartered in California. East West is a premier bank focused exclusively on the United States and Greater China markets and operates over 130 locations worldwide, including in the United States markets of California, Georgia, Massachusetts, Nevada, New York, Texas and Washington. In Greater China, East West’s presence includes full service branches in Hong Kong, Shanghai, Shantou and Shenzhen, and representative offices in Beijing, Chongqing, Guangzhou, Taipei and Xiamen. For more information on East West, visit the Company’s website at www.eastwestbank.com.