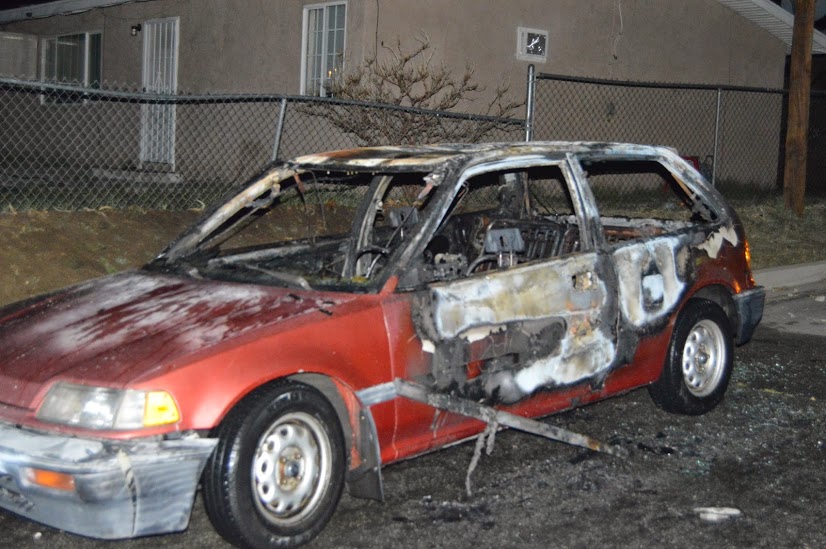 Firefighters quickly extinguished the fire and it was determined that no one was in the vehicle at the time of the fire.

The Sheriff’s deputies through investigation discovered that the vehicle was recently reported stolen from the Whisky Barrel, located in the 12000 block of Mariposa road in Hesperia.

The fire, being that it is one of a suspicious nature is currently being investigated by the Sheriff’s Department Bomb’s and Arson division.