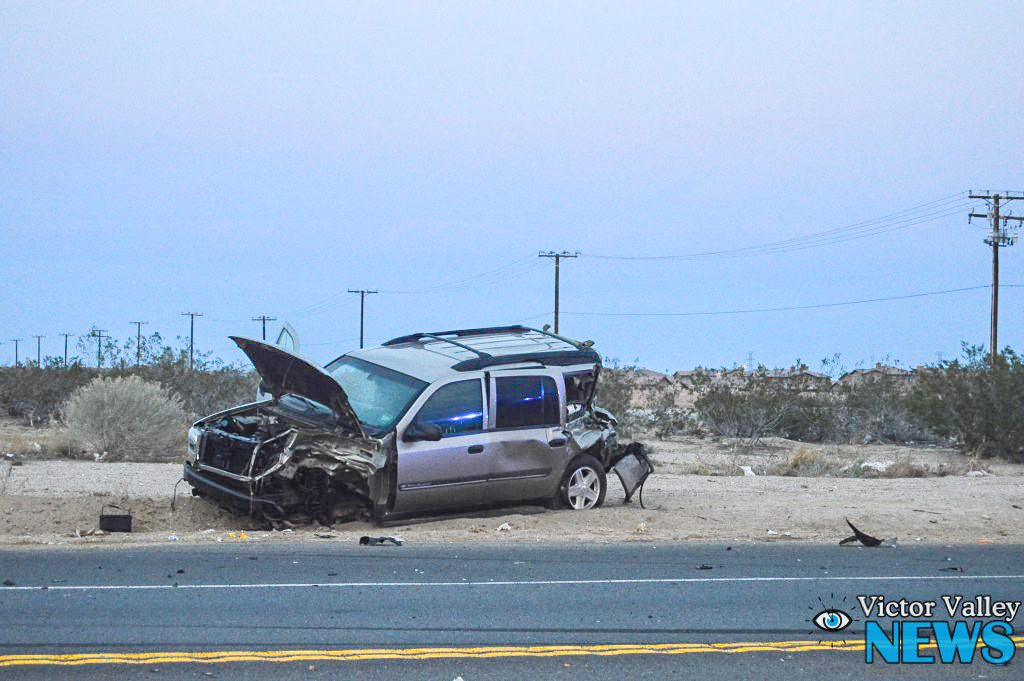 ADELANTO-(VVNG.com):  At 5:16 a.m. on Friday morning dispatch received a report of a multi-vehicle traffic collision occurred on the southbound lanes of Highway 395 just south of Seneca Road. Deputies from the Adelanto station and medical personnel responded to the major damage traffic collision.

Upon arrival, deputies found three vehicles including a Kia Soul, A GMC SUV, and an Oak Harbor Freight Lines Tractor-trailer were involved in the traffic collision. The Kia Soul appeared to be stuck in a ditch, with little or no damage. The rear trailer of the tractor-trailer overturned and on its side.  The GMC SUV sustained major damage to both the front and back of the vehicle.

Southbound 395 traffic was closed at Seneca road was closed while the roadway was cleared. The cause of the collision remains under investigation. There is no further information at this time, information will be updated as it is received.