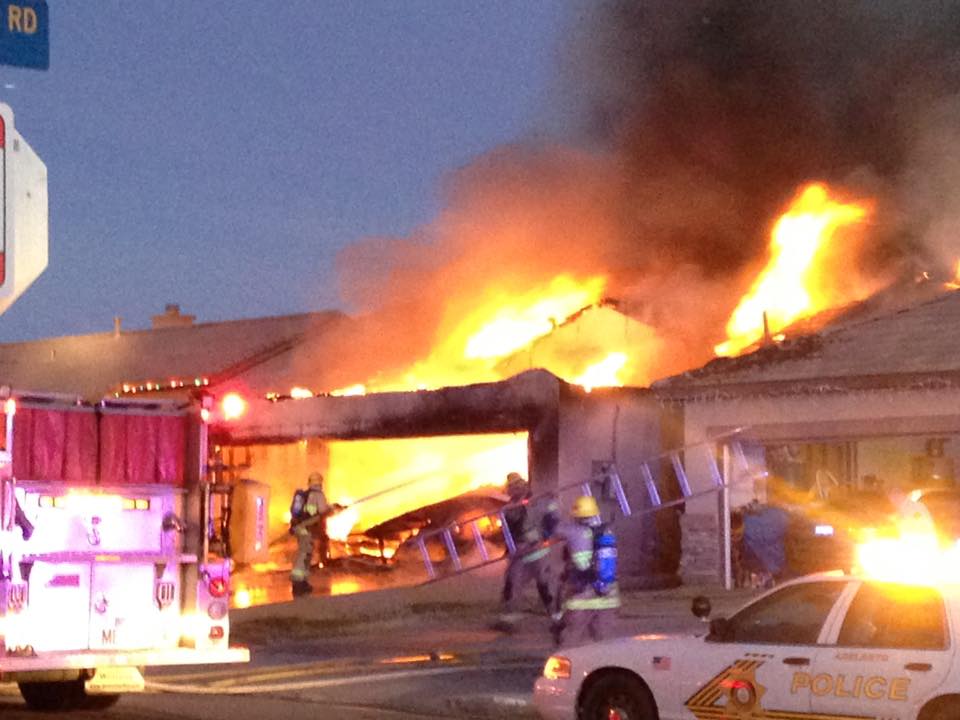 ADELANTO-(VVNG.com):  At least eight residents, including five children were left displaced after a fire destroyed their home and two vehicles Thursday morning. About seventeen firefighters from the San Bernardino County Fire Department were dispatched to the fire on the 10400 block of Thorndale Street near Aster Road in Adelanto.

The fire was reported just after 6:10 a.m. when the residents woke up to the alarm sounding and noticed the roof was on fire according to scanner traffic. Firefighters

arrived at the home just before 6:20 a.m to find the single story home fully engulfed.  “I passed by when I took my son to his bus stop. Fire trucks weren’t even there yet. It had just started there were explosions I’m thinking from the cars on fire in the driveway as I drove by,” said Brandy Thomas.

Nearby structures and fields were threatened by the blaze, and firefighters upon arrival went into a defensive attack to insure the structure was stable to enter and to save other nearby homes. Firefighters soon switched an offensive attack in the interior of the home, first clearing the home of any occupants. San Bernardino fire officials said that a foam and water mixture was used to extinguish the fire and stop the fire from further spread.

At 6:44 a.m. the fire was out, although the firefighters were unable to save the home and vehicles they were able to prevent spread to any other nearby homes. One person was provided medical aid at the scene for smoke inhalation per scanner traffic. Between the home and the two destroyed vehicle damage is estimated at about $200,000. The cause of the fire is still under investigation. The Red Cross was called in order to assist those displaced by the fire.