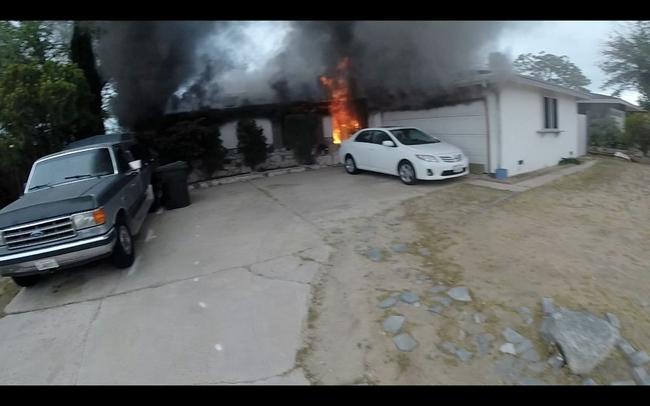 VICTORVILLE-(VVNG.com):  Major damage was caused to a home on the 16000 block of Vallejo Street during an early Wednesday morning blaze. The single-family home was reported to be on fire just after 6:50 a.m. according to Fire Department officials.

Firefighters arrived on scene to flames and smoke showing from the home at approximately 6:55 a.m. Immediately, upon arrival, the firefighters looked through the home to make sure there were no occupants. When no occupants were found inside the home, a total of 17 firefighters began to extinguish the fire.

The fire was quickly contained and extinguished. The fire, that was extinguished just before 7:30 a.m. caused approximately $70,000 worth of damage to the home.

At this time there is no information available as far as the cause of the early morning fire, the fire is still under investigation at this time.