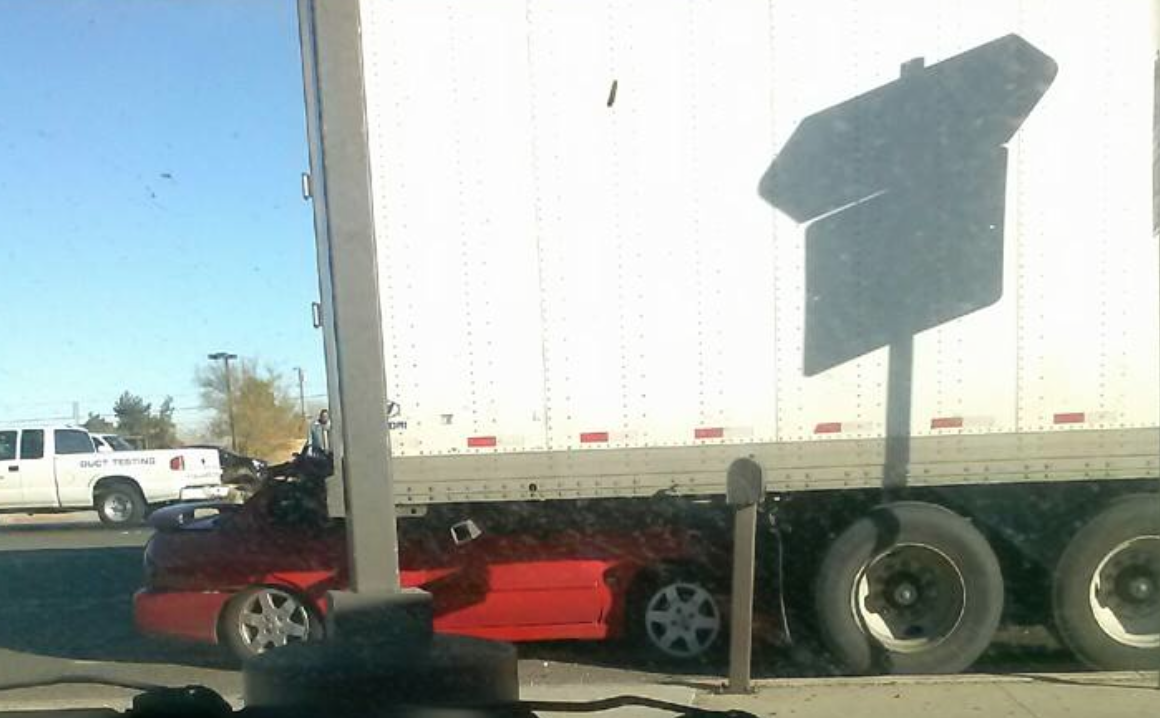 HESPERIA : A woman driving a red Nissan Sentra was killed Tuesday morning after crashing her vehicle into the back of a big rig just after 8am on Tuesday.

The unidentified woman, believed to be a resident of Hesperia and in her mid 30s, was the sole occupant in her vehicle and was traveling east on Main street near Fifth ave. when her car collided into the back of an empty semi-truck parked in the no. 2 eastbound lane on Main street, she was pronounced dead at the scene.

The area remained blocked off as of 10:30am and traffic was diverted while authorities investigate the crash.