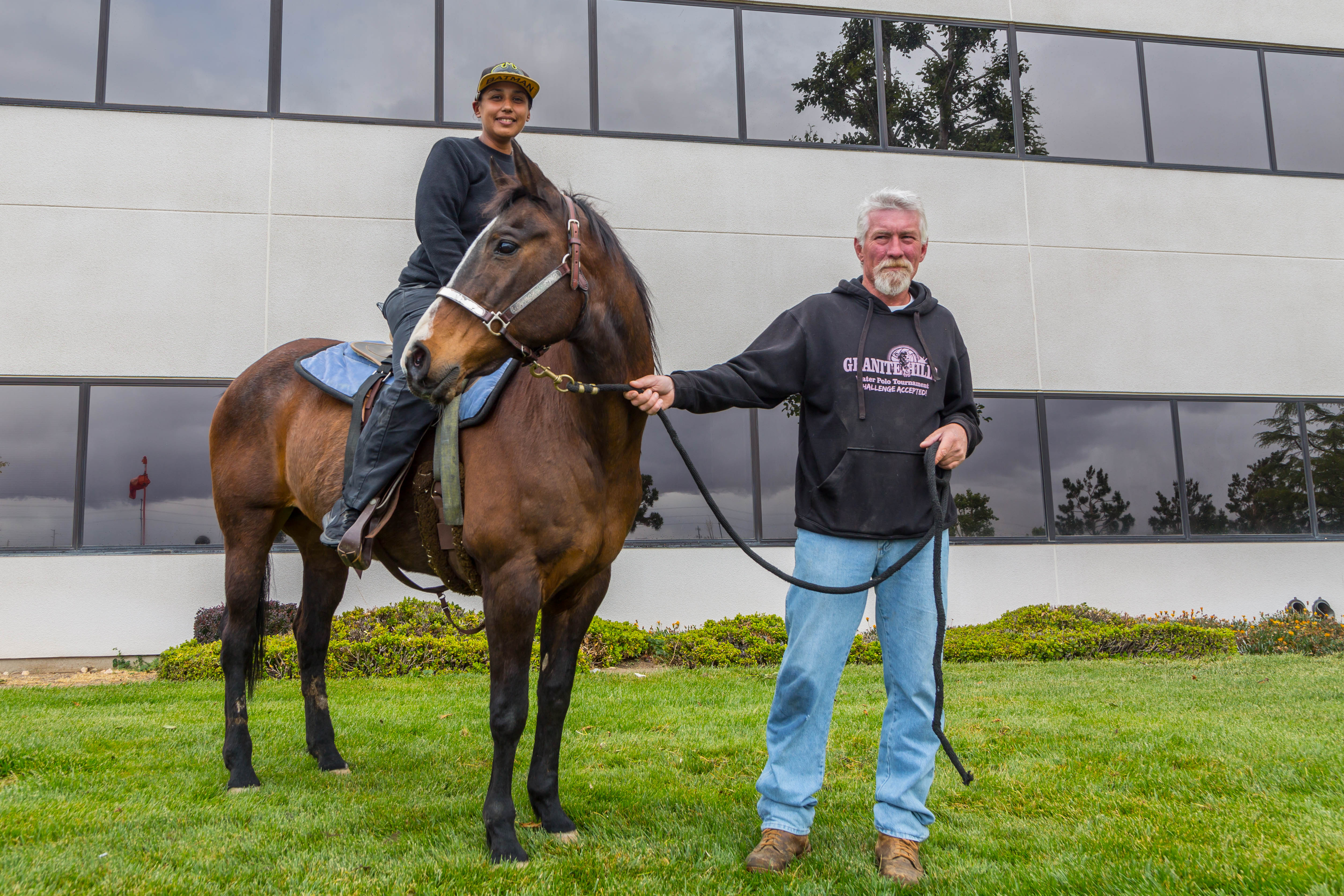 VICTORVILLE, Calif. (VVNG.com) A grandmother’s wish to see her horse again came true with the help of two women and a loving granddaughter.

Daisy Barajas, 34 of Apple Valley, said her grandmother Aurora Garola has been hospitalized for three weeks now and her body is failing her.

With a poor prognosis on her health, Aurora’s wish has been to see her granddaughter ride their 30-year-old horse named Annie one last time.

That wish was made possible with the help of two volunteers.

After Daisy and her wife Carolyn put a request on Facebook to have someone with a horse trailer help, they immediately received a message from two women, Janine Dinsdale and Marla Vaughn.

“I received a message from Janine last night that this family was in need of having this horse come out for their grandmother who’s not going to make it,” Marla Vaughn said as she tried to hold back her tears.

Both Vaughn and Dinsdale said they didn’t think twice about helping. In less than 24 hours Aurora’s wish was granted.

Too sick to leave her room, the nurses at Desert Valley Community Hospital assisted Aurora to the window for her surprise visit.

As Daisy rode the horse just below the grandmother’s hospital room she called her on the phone to speak with her.

“She was looking through the window and I was talking to her on the phone, I could hear the happiness and excitement in her voice,” said Daisy, “It was good bringing my horse to see my grandma because she’s really sick and she’s actually smiling now.

Dinsdale and Vaughn said this experience was emotional for them as well, and was the first request of this type they’ve ever received.

“We typically do horse rescues and help whenever there are fires or sick horses, but this was the first time we’ve done this,” Vaughn said.