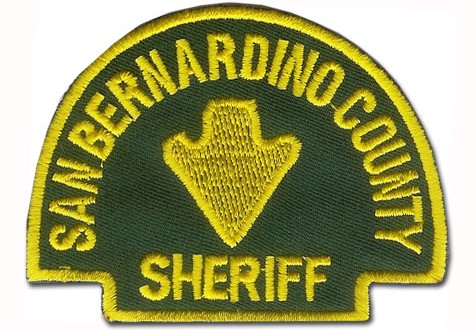 APPLE VALLEY-(VVNG.com): On August 30, 2015 at approximately 6:00 p.m. deputies from the Apple Valley Station initiated a traffic stop of a stolen black 1998 Honda Civic on Bear Valley Road near Kiowa Road.

The vehicle was reported stolen out of the city of Victorville on August 17th.

According to authorities, the vehicle failed to yield, which lead to a brief pursuit. The driver of the vehicle eventually lost control and stopped. Both the male and female vehicle occupants, continued to flee on foot.

Deputies closed in on the running pair in the 12200 block of Tesuque Road at 6:40 p.m. at which time they were identified as 26-year-old Kirk Reed, Apple Valley and 26-year-old Crystal Poindexter of Helendale.

Reed was wanted for several in-county warrants and was found to be in possession of a controlled substance. Poindexter was also arrested on suspicion of receiving stolen property. The pair was booked into the High Desert Detention Center where Reed remains in custody with court dates of August 31st and September 1st.