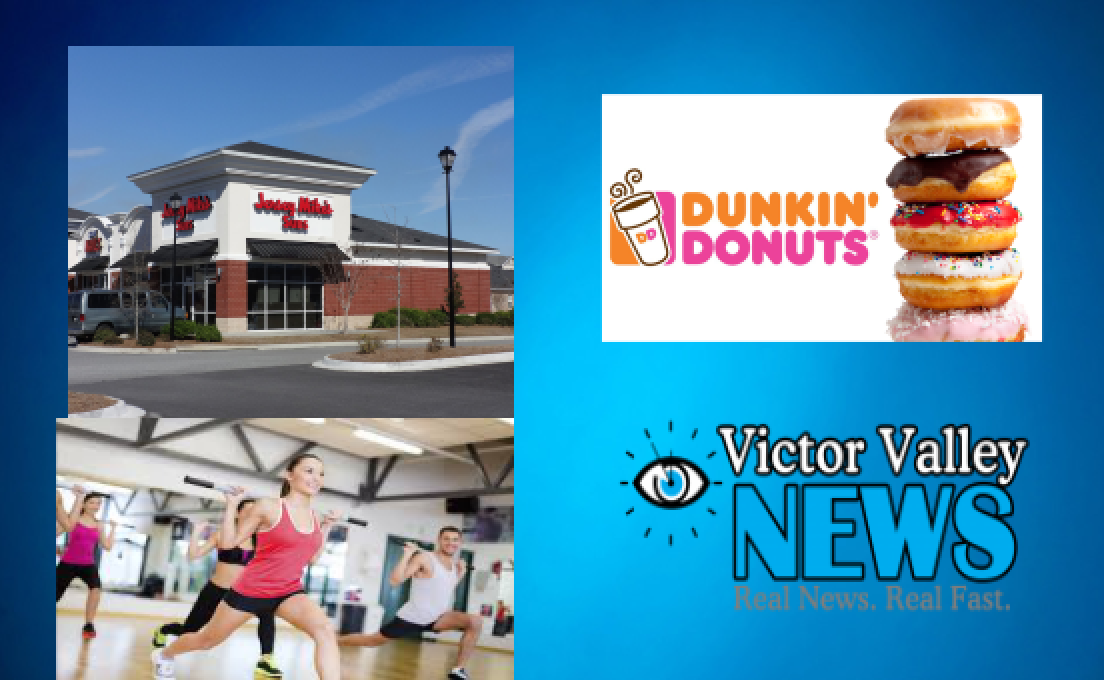 ADELANTO-(VVNG.com):  When Adelanto City Councilman John Woodard told Victor Valley News in April 2016, that the new city council was a “can do” council  he was not kidding.

Movement on the once stagnant Lewis Group project located on the southeast corner of Highway 395 at Mojave Drive is finally underway with the groundbreaking last Tuesday.

“It’s going to be a bunch of little stores, it is going to be like a plaza,” said Adelanto Mayor Richard Kerr. “They are not telling what the anchor is yet but this is just Phase 1.”  The plaza is expected to include Dunkin’ Donuts, Jersey Mikes, and a Transmission Shop.

This will be the first Dunkin” Donuts within 30 miles of the Victor Valley with the closest now being the Barstow and Upland locations. The first steps in the project will include infrastructure which includes the plumbing and electrical work, preparing for the floor slab/foundation.

Kerr estimates the  completion of this project to be within the next two years, during which time the construction will begin on the remainder of the approximately 1-mile strip to the Stater Bros. Shopping Center.

Kerr explained that many things are coming to the City of Adelanto, city officials are speaking with Gold’s Gym, LA Fitness and 24 Hour Fitness in order to place a gym on Highway 395.