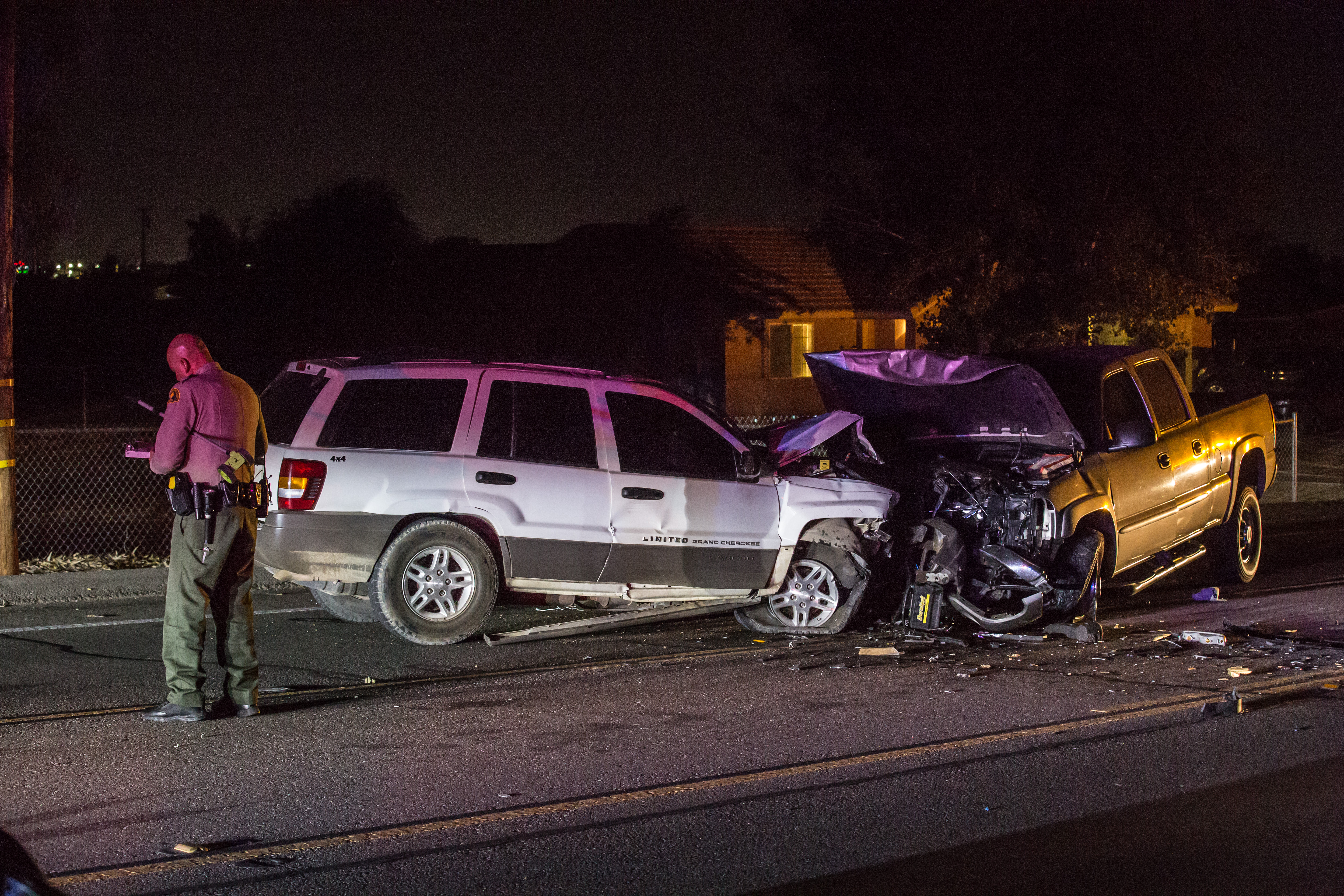 HESPERIA, Calif. (VVNG.com) — One person was airlifted and two others were taken to various hospitals following a head-on crash Saturday night in Hesperia.

Firefighters with San Bernardino County Fire and deputies from the Hesperia Police Department were dispatched to crash.

Witnesses told officials the driver of the white Jeep was attempting to illegally pass other vehicles and went head-on into opposing traffic, causing the collision.

“I was in my house relaxing when I heard the impact, I immediately called 911 and then ran to help,” said a nearby resident. “The driver of the Jeep was completely out of it at first, and then he slowly started responding.”

The driver of the Jeep was critically injured and a medical helicopter was requested to airlift him. He was transported by ground ambulance to Desert Valley Hospital and subsequently airlifted to Loma Linda Medical Center via a Mercy Air helicopter.

Police suspect the driver of the Jeep was under the influence of drugs/and or alcohol at the time of the crash. However, due to the driver’s injuries, further tests will be completed at the hospital, officials said.

The cause of the crash remains under investigation by the Hesperia Police Department.