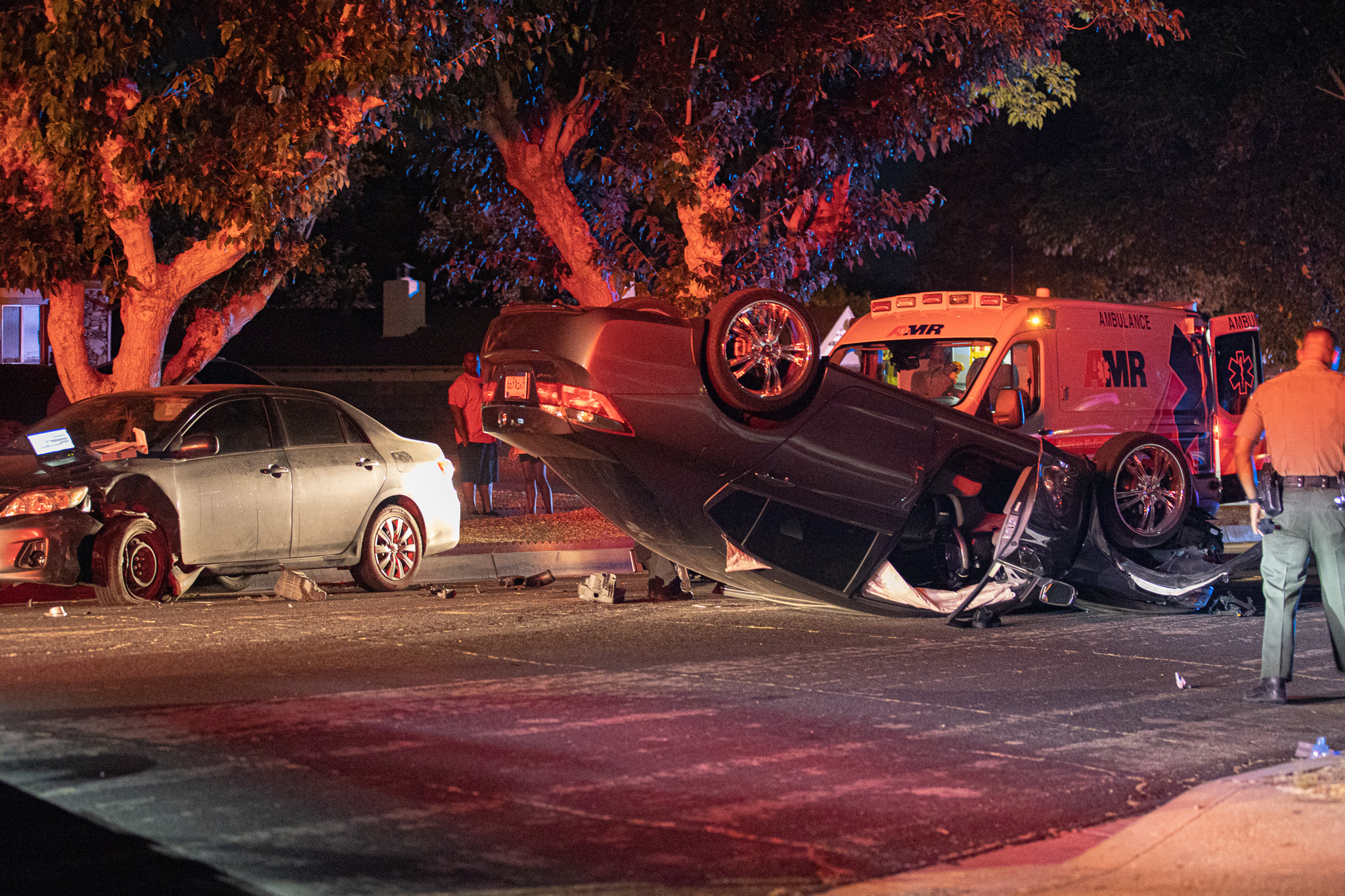 VICTORVILLE, Calif. (VVNG.com) — A driver in a suspected DUI crash and his passenger were seriously injured in a rollover crash in Victorville Friday night.

At about 8:48 pm deputies along with Victorville City fire were dispatched to a single-vehicle rollover crash in the 16200 block of Encina Street, near La Paz Drive in Victorville.

A 2013 Honda Accord was traveling at an unknown rate of speed on Encina Street and struck a silver 2013 Toyota Corolla parked along the west side of the roadway, causing the Honda to overturn and land on its roof.

Firefighters arrived on scene and located two patients in the roadway. One person was considered to have critical injuries and a helicopter was requested

A total of two American Medical Response (AMR) ambulances responded to the scene. Firefighters requested an air ambulance to land at Victor Valley Global Medical Center. The male was subsequently airlifted to Loma Linda University Medical Center for a further level of treatment.

A second person was transported to a local hospital with non-life threatening injuries.

Residents who heard the crash ran outside to check on the injured. One of the witnesses told VVNG they smelled a strong smell of alcohol coming from the men and there was a liquor bottle near the car.

Deputies are investigating this a DUI crash causing bodily injury to another person as a result.