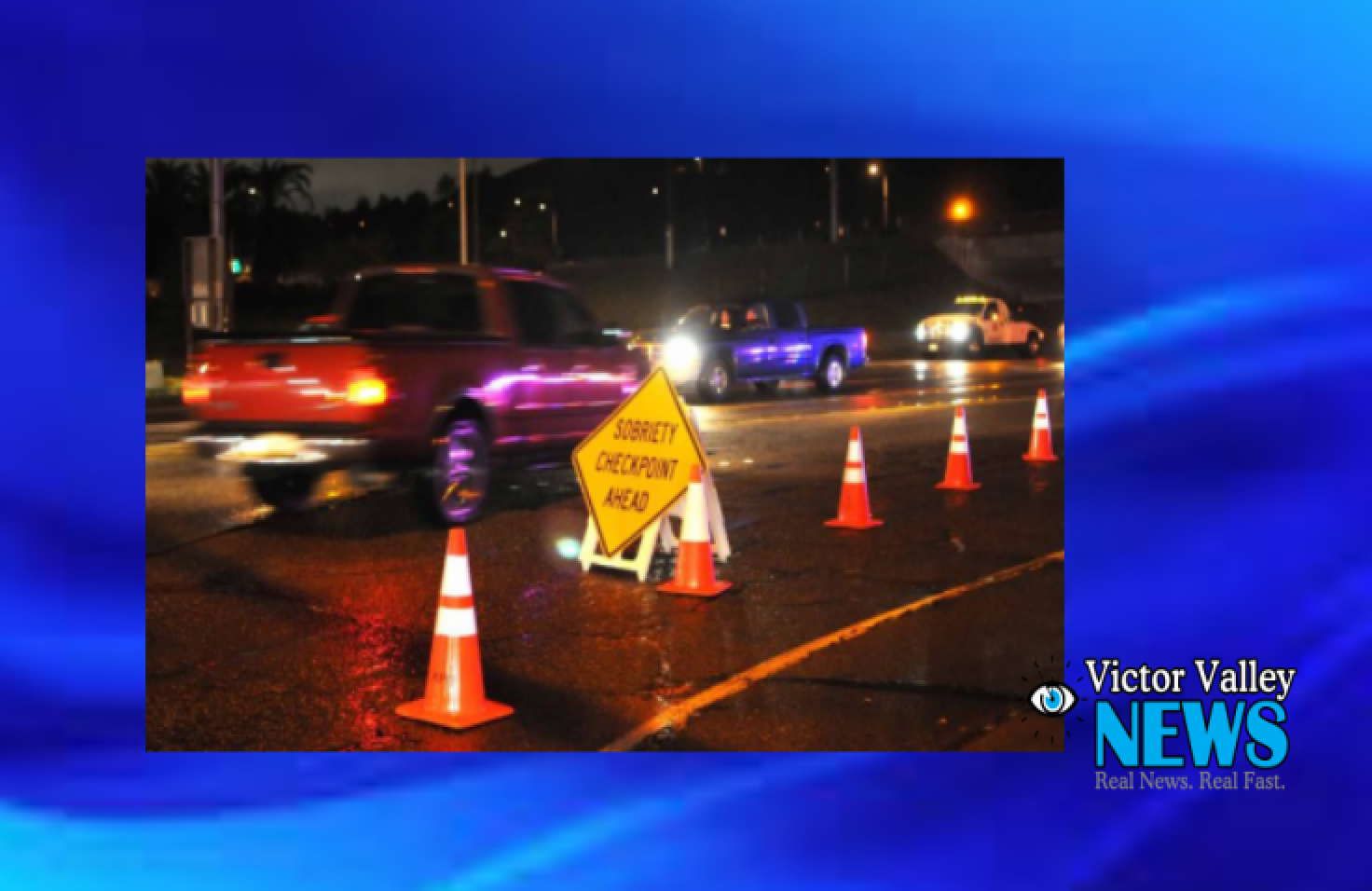 VICTORVILLE-(VVNG.com):  The DUI Enforcement Team from the Victorville Police Department will be deploying next weekend to stop and arrest alcohol and drug-impaired drivers.  As part of the Department’s ongoing traffic safety campaign the DUI Saturation Patrols will deploy on December 18th, between the hours of 7:00 p.m. and 3:00 a.m. in areas with high frequencies of DUI collisions and/or arrests.

“This is a ‘Zero Tolerance’ crackdown so Drive Sober or Get Pulled Over!” Victorville Police Department officials said, “DUI can impact the economy in addition to the pain and suffering of those immediately affected.   Conservatively, a fatality has a $1.4 million impact, an injury $70,000, and a crash that only damages property averages nearly $9000.”

If you are drinking, designate a sober driver ahead of time or call a friend or family member.  The only way to drive and avoid a DUI is to drive sober, law enforcement will find and arrest you with no warnings or excuses. “The cost of cab fare is nothing compared to a $10,000 DUI or the cost of someone’s life, and the ‘inconvenience’ of not driving your own car home is nothing compared to the inconvenience of spending time behind bars.”

This program was funded by a grant from the California Office of Traffic Safety, through the National Highway Traffic Safety Administration. To report drunk drivers, call 911.