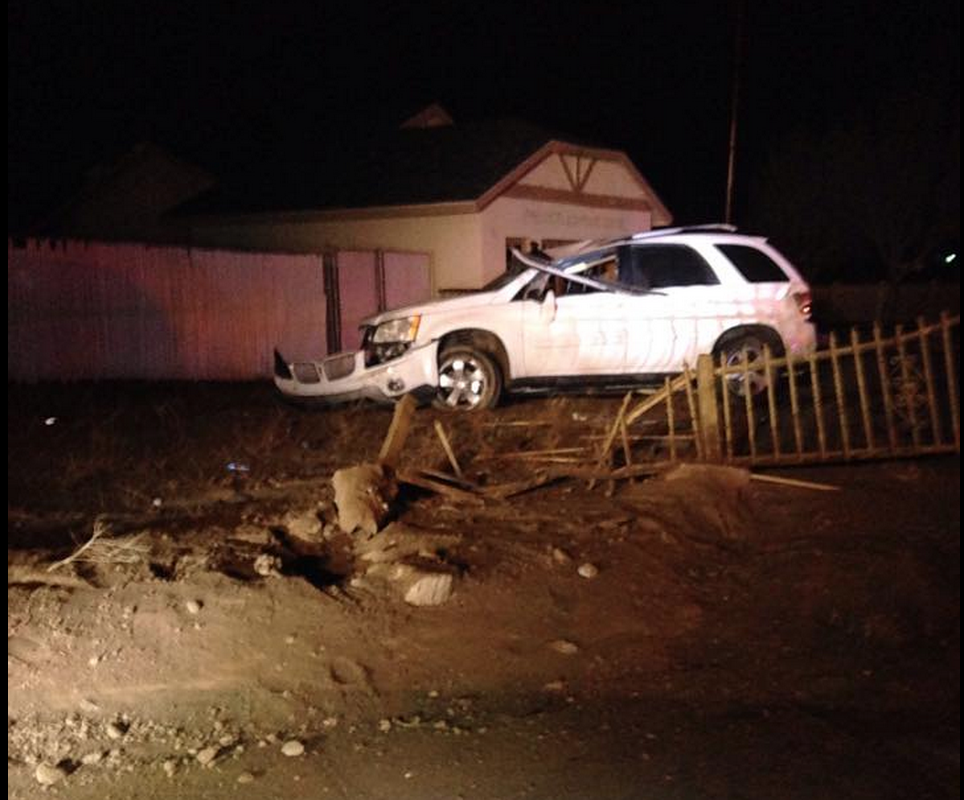 The male driver of the vehicle sustained only minor injuries as a result of the evening crash and rollover. The driver, later determined to be intoxicated, slid out of control causing him to collide into a street light, continued through the gate, then roll over subsequently landing just feet from the structure right-side up.

The driver was the sole occupant of the vehicle, there were no other injuries reported as a result of this accident. The driver was arrested following the crash and will face DUI charges.