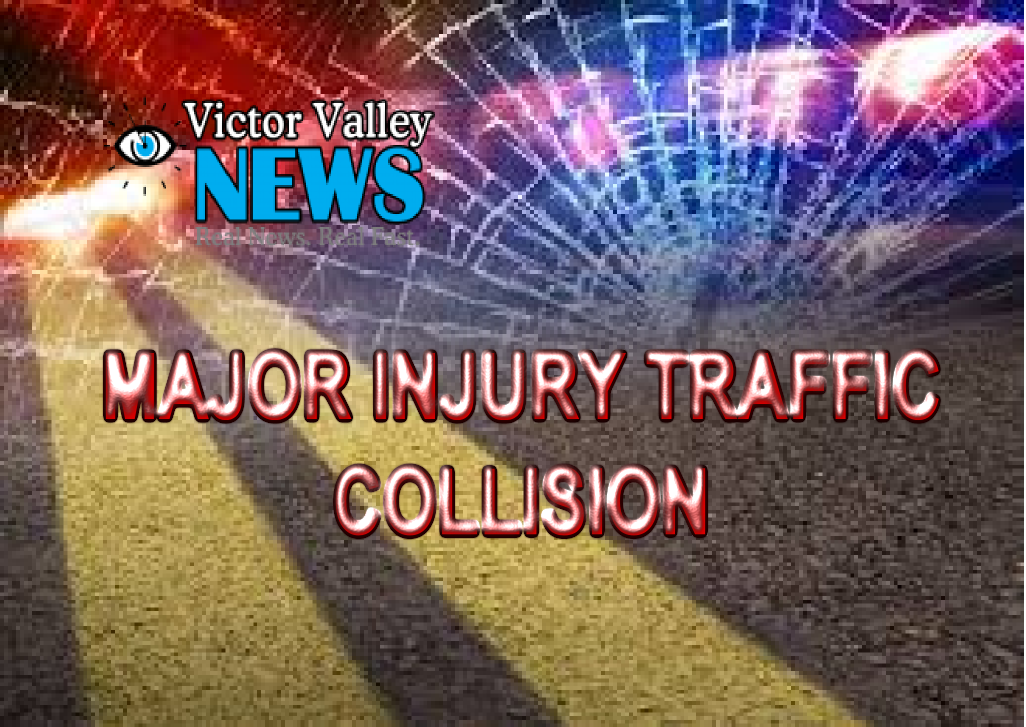 APPLE VALLEY-(VVNG.com): Dispatch received a report just after 10:00 P.M., on Sunday, May 17th of a vehicle hitting a pedestrian in the area of Bear Valley Road near Central Road.

The traffic collision occurred as 28-year-old, David Valdivia was traveling eastbound on Bear Valley Road in his older model pickup truck at a high rate of speed and with his vehicle headlights off.

A second driver, a 41-year-old woman from Apple Valley was also driving eastbound and was clipped in the back by the older model pick up truck driven by Valdivia. The woman was uninjured, but the collision caused Valdivia’s truck to spin out into the #1 lane of traffic.

When his vehicle rested in the #1 lane, he exited his vehicle. According to Apple Valley Sheriff’s Department Spokeswoman, Trish Hill, a third driver also driving eastbound hit the unlit vehicle causing major injuries to herself and Valdivia.

Valdivia suffered traumatic facial injuries and was airlifted to Antelope Valley Hospital. The 41-year-old Apple Valley woman had injuries consisting of a broken vertebrae, bleeding on the brain and other major internal injuries. She was airlifted to a trauma hospital for treatment of life-threatening injuries.

It was later determined that Valdivia was three times over the legal alcohol limit so he was later arrested and booked into the High Desert Detention center for driving under the influence. He is being held in lieu of $100,000 bail and is set to appear at the Victorville Superior Court on Wednesday, May 20th for an arraignment.