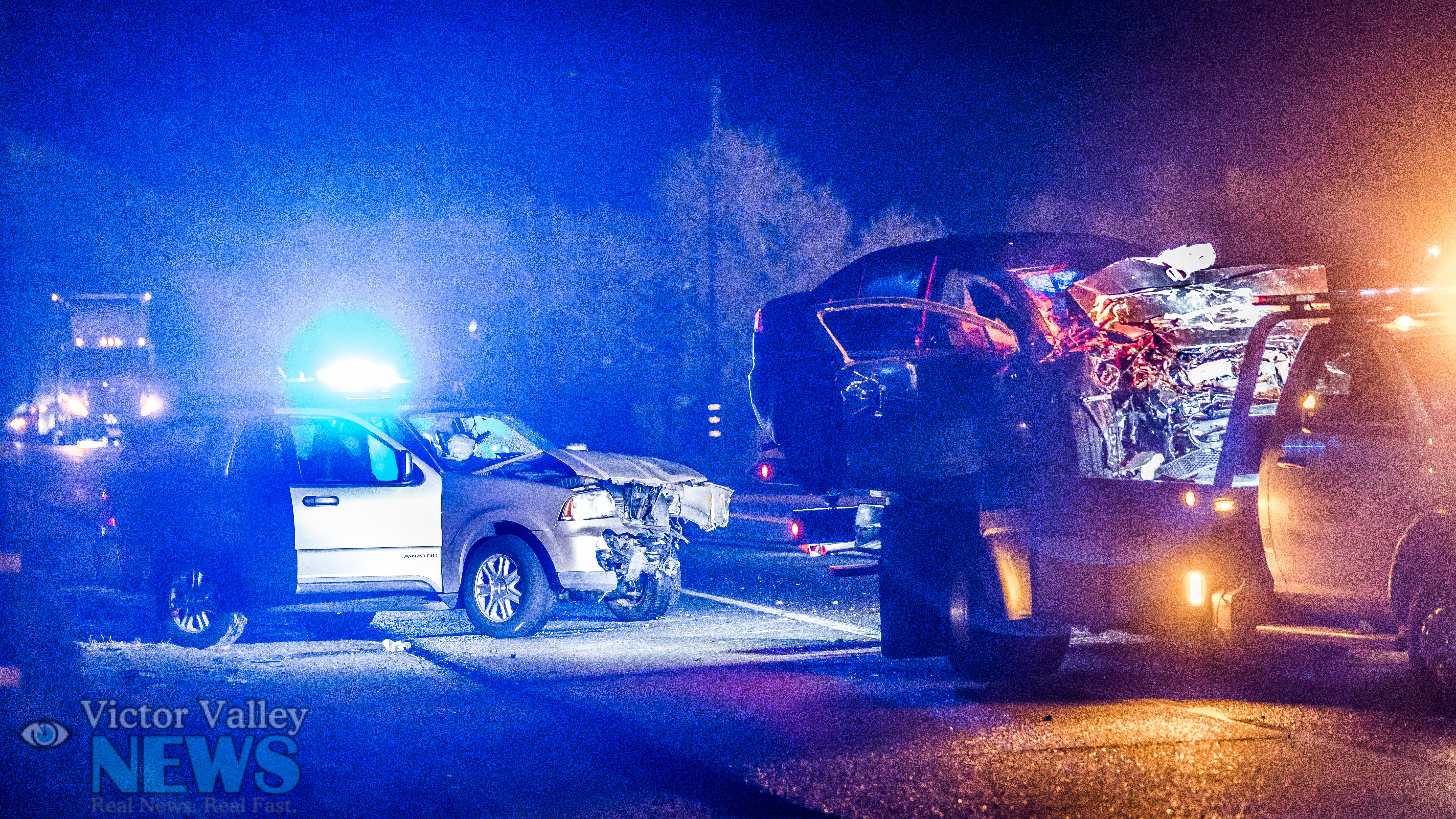 VICTORVILLE: (VVNG.com) A 40-year-old hispanic male was placed under arrest after his Lincoln Aviator veered into oncoming traffic and collided into another vehicle head-on just before 11:30 P.M. Saturday night.

The male suspect was traveling west on National Trails Highway between Air Base Road and the I-15 Freeway, directly in front of the Cemex cement plant, when his vehicle struck a black Mitsubishi Lancer that was traveling east bound.

A 40-year-old hispanic male was placed under arrest for DUI after striking a vehicle head on. (Gabriel D. Espinoza, Victor Valley News)

An occupant in the Mitsubishi required extrication. An airship was initially requested to fly out the victim, but was instead taken by ground ambulance to Arrowhead Regional Medical Center.

The male driver that was arrested on scene did not require any medical attention.

Alcohol was a factor in the collision according to San Bernardino County Sheriff’s Victorville station Deputy Wallace. 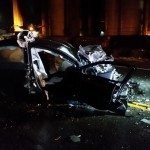 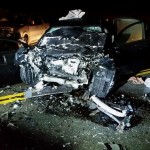