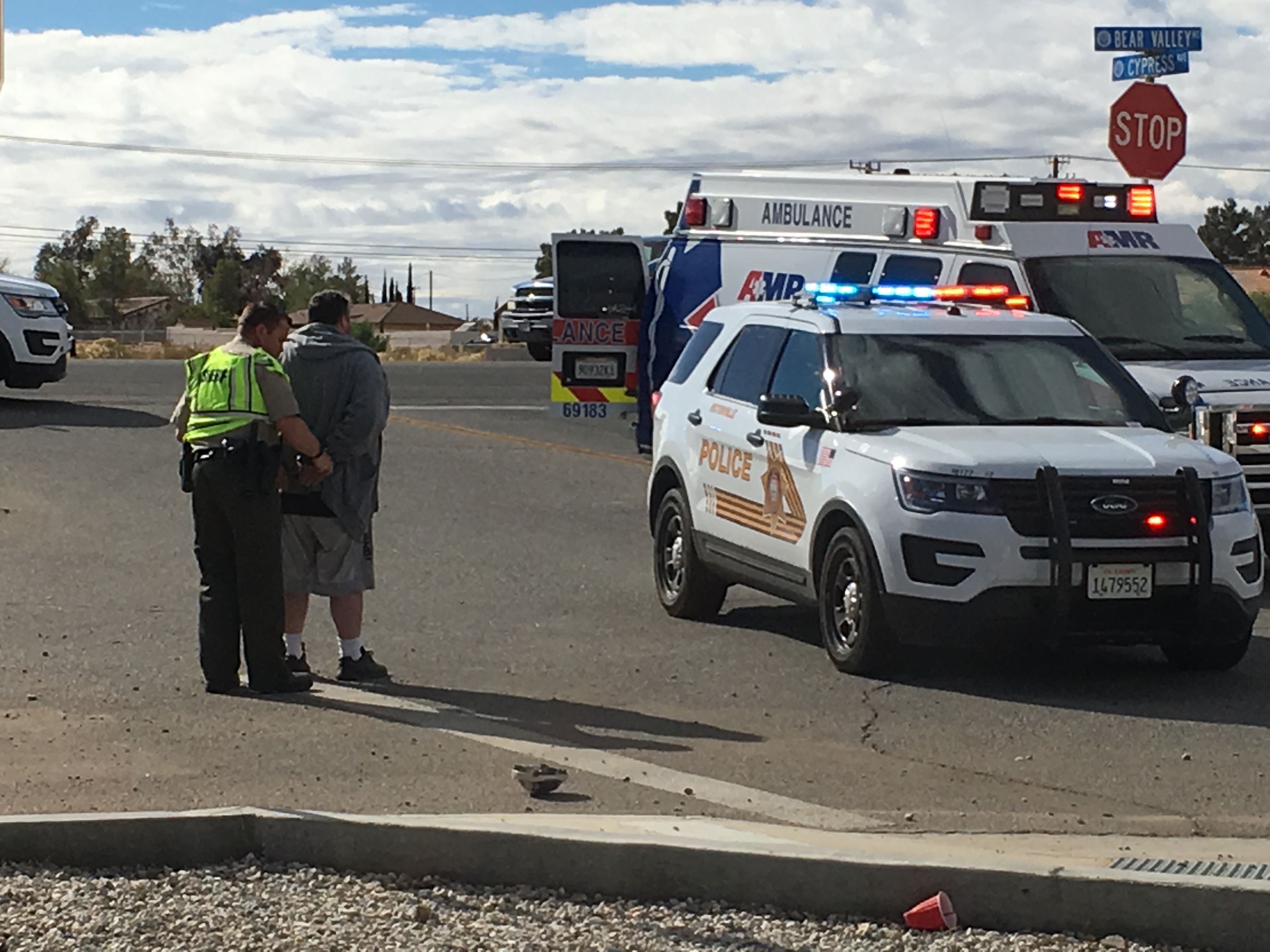 According to Deputy Keith with the San Bernardino County Sheriff’s Victorville station, a driver in a blue Dodge Ram 2500 was arrested on scene for allegedly driving under the influence of drugs.

Prior to the accident, deputies were already in route after a person called into dispatch to report a reckless driver.

“This is the same vehicle referenced in the original reckless driving call we got, we were able to catch up to him, but unfortunately it was after he wrecked,” stated Deputy Keith.

The collision occurred on Bear Valley Road and ended with both cars on outer Bear Valley after one of the trucks took out a light pole.

The occupants in the other vehicle, a Chevy truck, were treated on scene after being injured by the deployed airbags.

Public Works responded to clean the debris on the roadway to reopen all lanes of traffic, which currently only westbound lanes were affected .