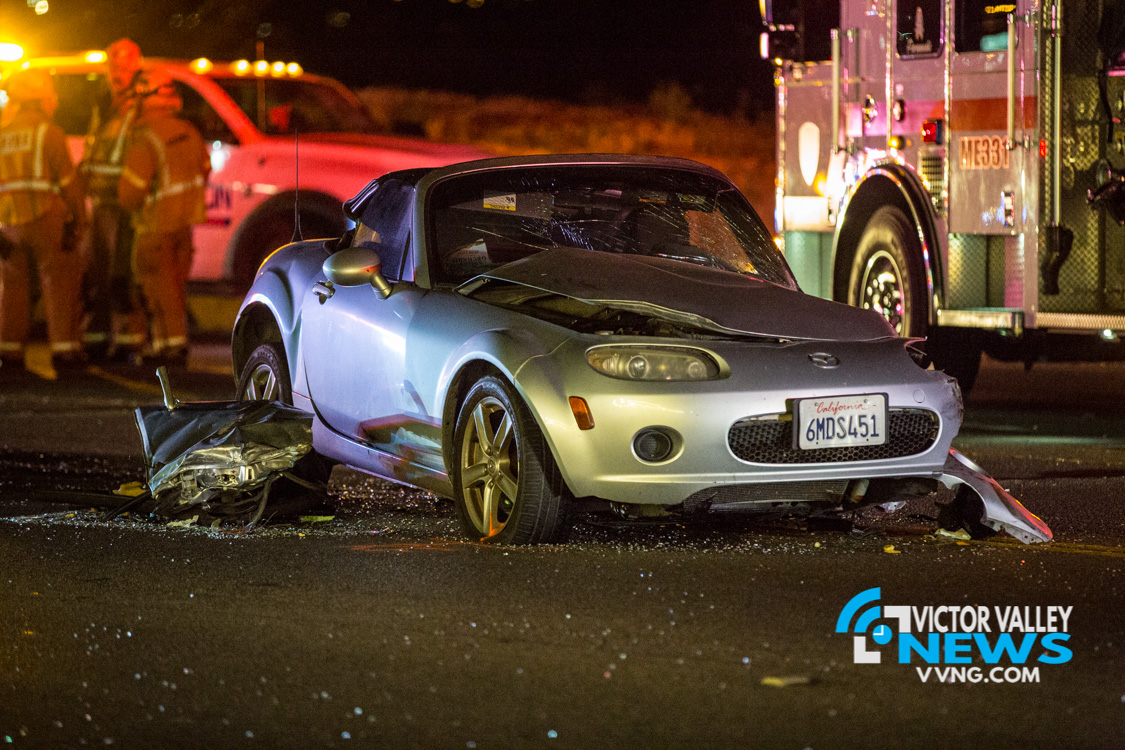 APPLE VALLEY, Calif. (VVNG.com) A man suspected of driving under the influence of alcohol caused a head-on collision Wednesday night.

When deputies arrived on scene, they located a black 2012 Jeep Compass overturned and a 2006 Mazda MX5 Miata, both with major damage, and blocking the roadway.

Firefighters with the Apple Valley Fire Protection District responded and extricated the driver, Delbert Carlile, 60, from the Mazda.

Carlile was airlifted to Arrowhead Regional Medical Center with major injuries. The two women in the Jeep were able to walk away and refused medical aid, according to Sheriff’s spokeswoman Trish Hill.

Based on preliminary reports, the Jeep was traveling westbound, and the Mazda was heading in the opposite direction.

“Carlile was driving under the influence of alcohol and crossed over into oncoming traffic and collided head-on with the Jeep causing it to roll,” stated Hill.

Westbound traffic on Bear Valley Road was closed for nearly two hours while authorities investigated and cleared the crash.