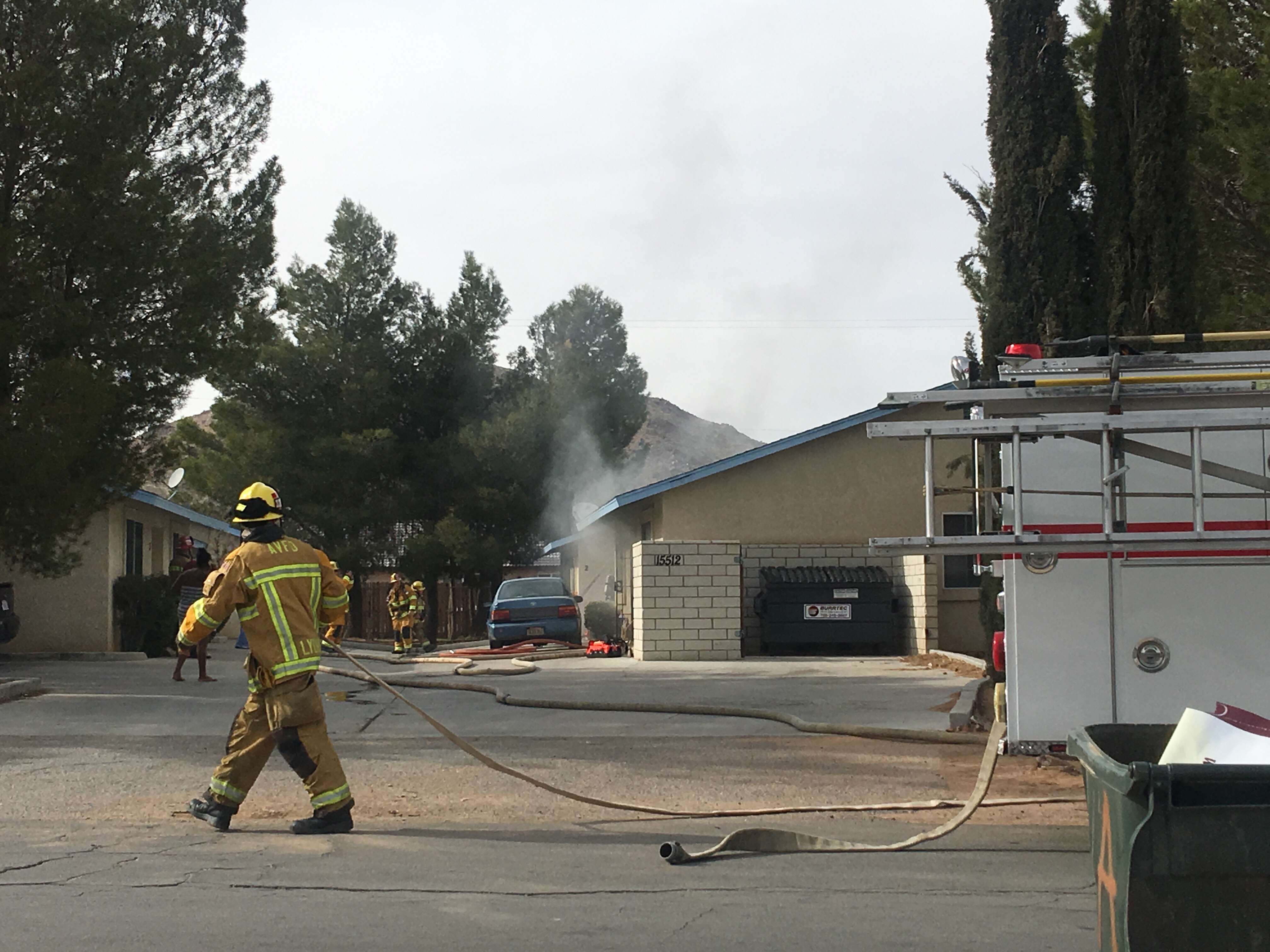 At about 3:45 pm, dispatch received reports of smoke coming from the garage of a four-plex in the 15500 block of Kiamichi Road.

Firefighters arrived and made entry into the unit charged with white smoke. The fire was quickly extinguished and kept from spreading into adjacent units.

According to scanner traffic reports, the fire is believed to have been started by the dryer.

AVFPD requested the utilities companies to respond to the scene.

No injuries were reported by any civilians or firefighters and the official cause of the accident is under investigation.

Semi crashes after driver falls asleep on I-15 in Victorville