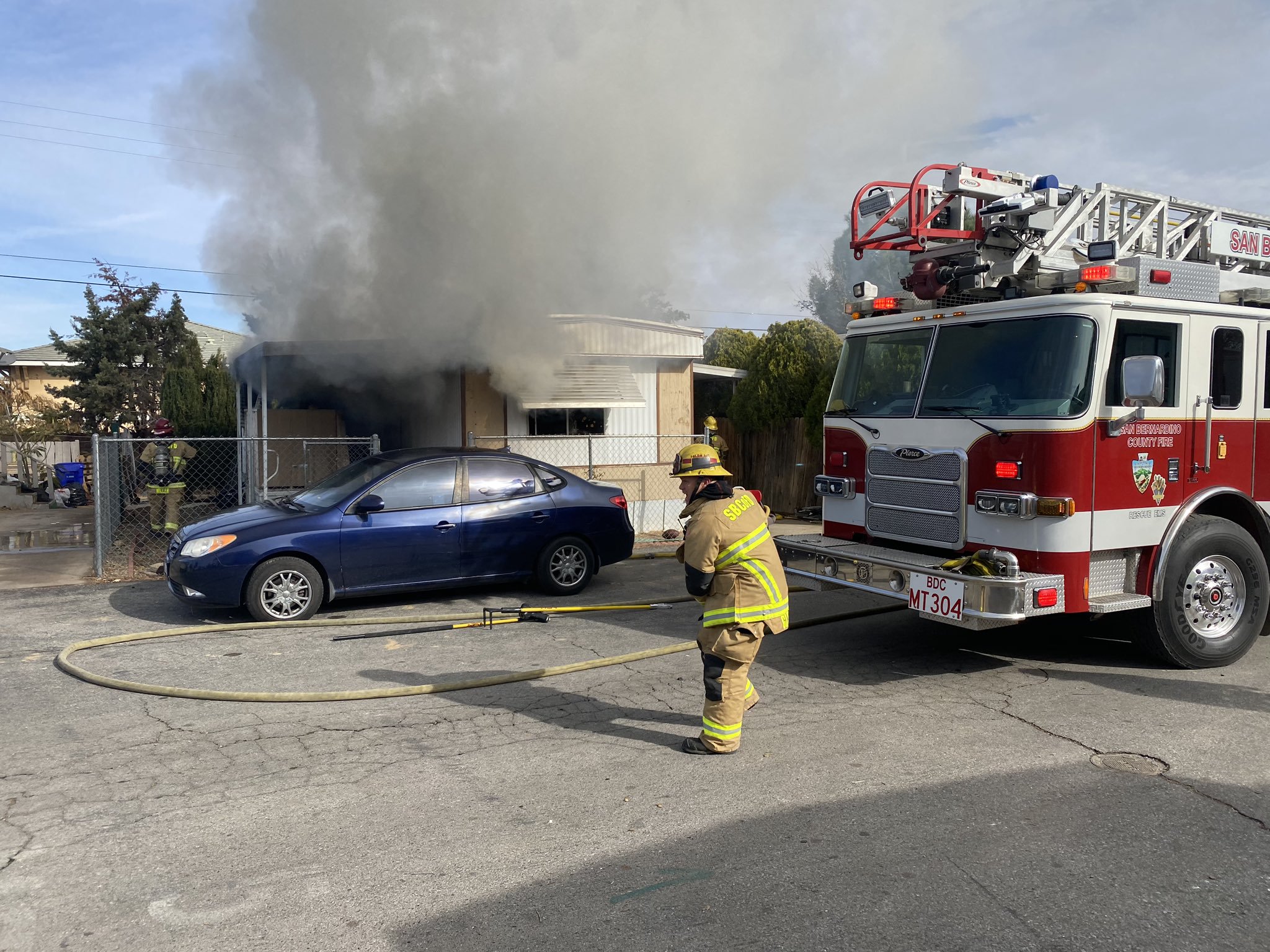 HESPERIA, Calif. (VVNG.com) — A couple and their six children were displaced after a dryer fire caused their home to go up in flames Monday morning.

It happened on December 2, 2019, inside the Grandview Mobile Manor in the 8500 block of C Avenue in Hesperia.

At about 10:10 am, San Bernardino County Fire responded after receiving reports of a possible dryer fire in a single-wide mobile home and threatening nearby structures, officials said.

Arriving fire crews made it a priority to protect nearby property.

Fire officials said significant smoke and fire damage was sustained throughout the entire mobile home. “Firefighters attempted to salvage any property in the home and work on overhaul operations to ensure the fire was completely extinguished.”

The fire was controlled in approximately thirty minutes with no injuries to civilians one minor burn injury was reported for a firefighter on scene.

Two engines, one truck company, two chief officers, one medic ambulance, one medic squad, and one investigator totaling 16 personnel from County Fire were assigned to the incident. The Apple Valley Fire District assisted with one engine.

The Red Cross was requested to assist with the needs for two adults and six children who lived in the home.

The family displaced by the fire was given a $250 SAVE card on scene to assist with immediate short term needs courtesy of County Fire.