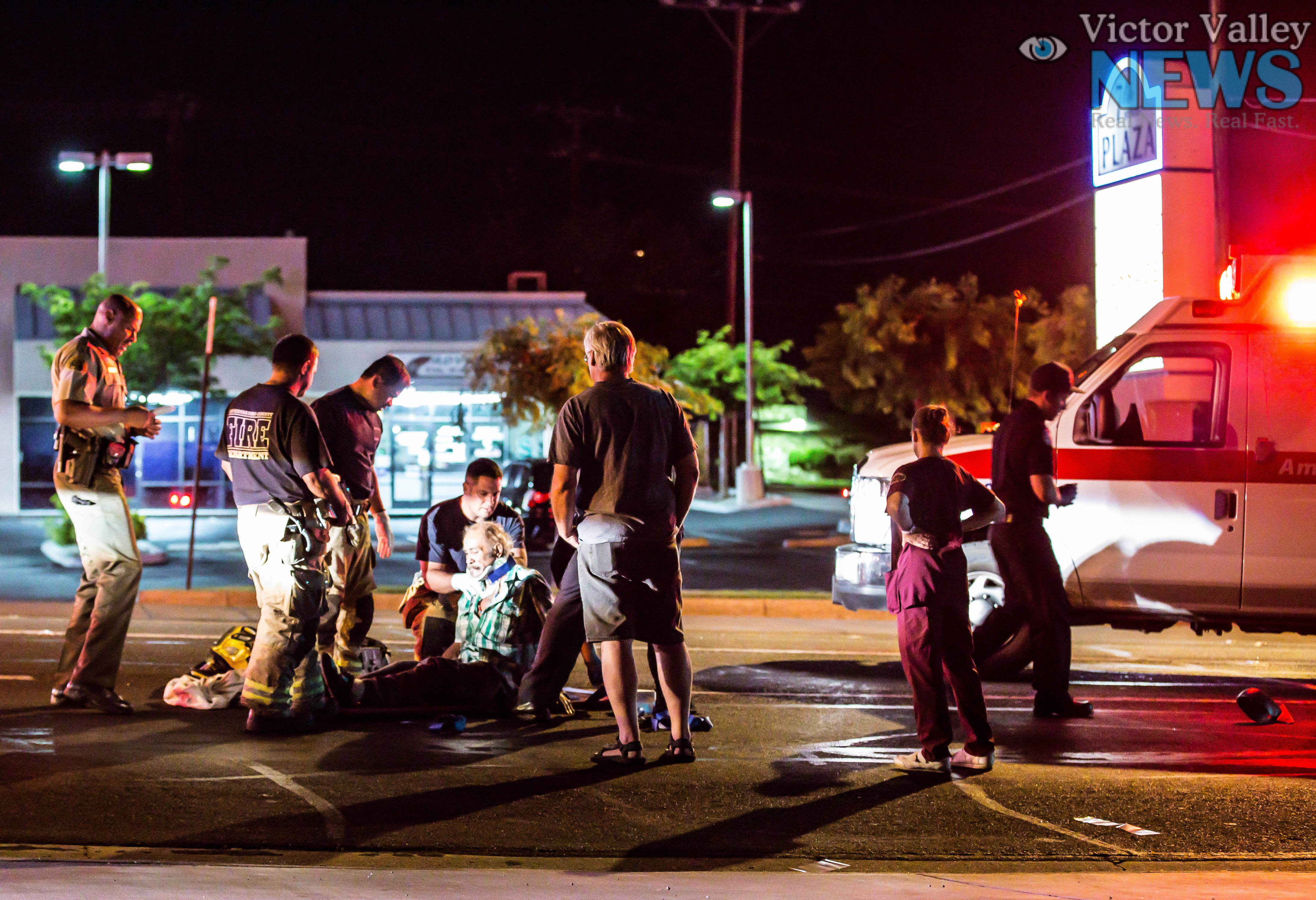 VICTORVILLE:(VVNG.com) A Hispanic Male adult was airlifted late Tuesday night after he was clipped by a vehicle.

Authorities at the scene stated the pedestrian was intoxicated and walking back and forth in the middle of 7th Street, near Victor Street in Victorville.

A female driver was able to maneuver her vehicle just time to avoid an impact with the pedestrian.

The male driver stopped at the scene until deputies arrived, and was quickly allowed to leave after explaining to authorities that him and his wife were in route to the local hospital and that she was in labor.

Authorities stated, the pedestrian has possible rib damage, but was conscious and able to sit up on his own. He was taken by ground ambulance to Victor Valley Global Medical Center and later airlifted to an out of area trauma hospital. 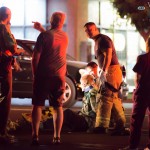 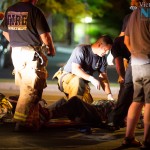 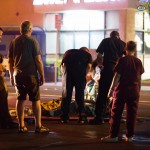