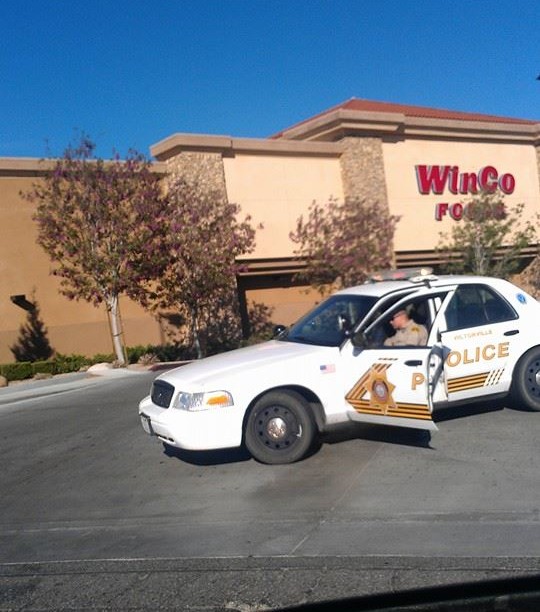 VICTORVILLE-(VVNG.com): At about 3:30 p.m. on Tuesday, January 12th deputies from the Victorville station responded to a report of shots fired in the Winco parking lot located at 15350 Roy Rogers Drive. Upon arrival deputies located a crime scene, but found that all parties had left the scene.

Through investigation deputies later found that a male and female went to the area to make a drug purchase from an undisclosed party. As they were discussing the transaction, and unknown black or Hispanic man wearing all black confronted them, stole the money and shot the female in the arm.

He then fled in a blue or green 1990’s model Honda. The female was transported to a local hospital by her boyfriend in a private vehicle. “No arrests have been made, we are still investigating,” said Sheriff’s Spokesperson Sgt. Dave Burgess.