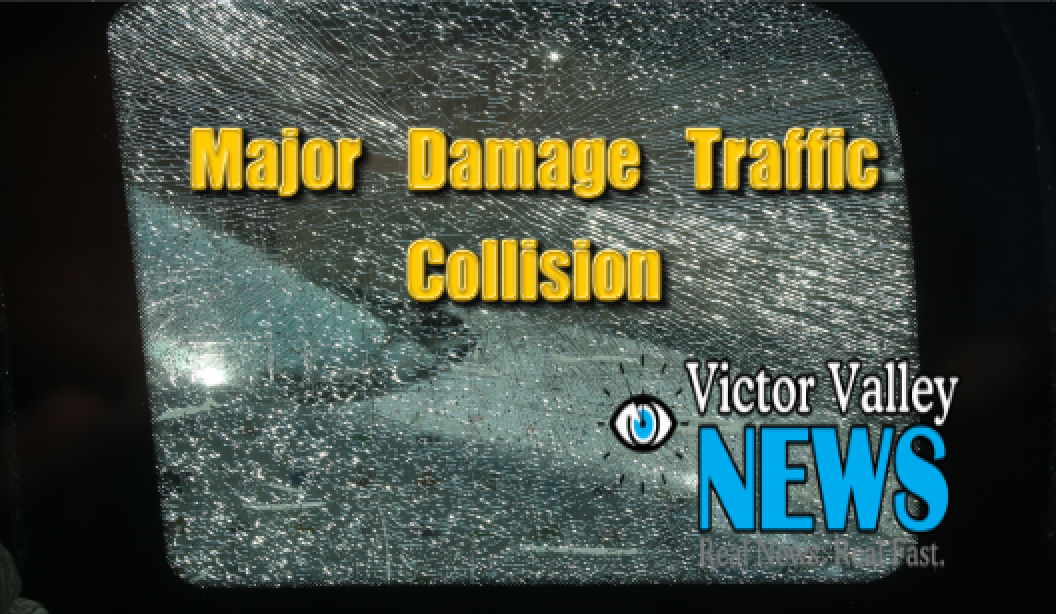 ORO GRANDE-(VVNG.com):  Distracted driving was determined to be the cause of a single-vehicle traffic collision Thursday afternoon. At around 3:30 p.m. California Highway Patrol officials and medical personnel responded to National Trails Highway near Citation Road in response to an overturned vehicle on the right-hand side of the roadway.

CHP Spokesman Officer Matt Hunt told Victor Valley News that the approximately 20-year-old woman was driving the Ford Taurus with her phone on her lap. “The phone fell on the floor, and she reached down to grab it and became distracted causing her to lose control,” explained Officer Hunt.

The woman looked up and quickly attempted steer back correcting her path of travel which caused her vehicle to overturn and land on the roof.

The woman was transported by ground ambulance to Victor Valley Hospital for lacerations and the complaint of pain .  There were no other injuries as a result of the collision. CHP officials would like to remind drivers that distracted driving is a major cause of traffic collisions and it is becoming increasingly worse due to the use of cell phones. “Please put your cell phone away while driving and get home safe,” added Officer Hunt.