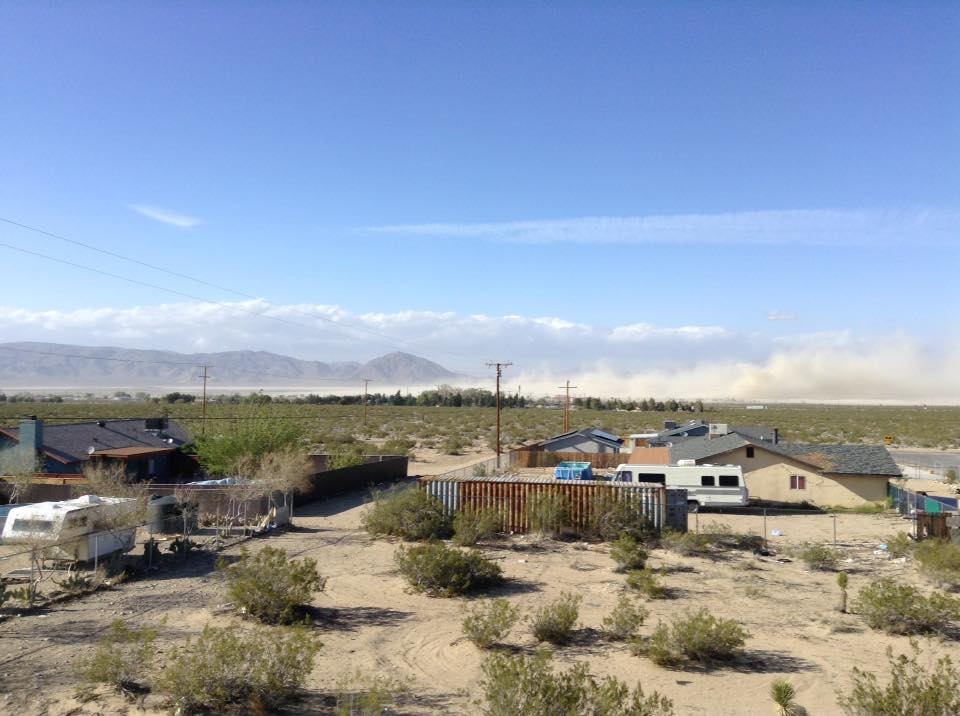 LUCERNE VALLEY:(VVNG.com)- A dust storm along Highway 247 near Rabbit Springs Road has left drivers stuck and hiding for shelter inside of their vehicles.

According to CHP incident logs, at least, 15 vehicles and a semi were involved in a crash when a dust storm reduced visibility to brown out conditions. Multiple patients are reporting various injuries and requiring medical attention.

CHP logs showed the driver of the semi was transported to St. Mary’s medical center with unknown injuries.

Per scanner traffic, an evacuation center has been established at a Lucerne Valley High School. Multiple patients are being transported by bus to the triage center. A total of 20 patients were listed as walking wounded.

Authorities have issued a hard road closure for an unknown duration starting at Rabbit Springs Road and 15 miles north.

More information will be uploaded as it becomes available.