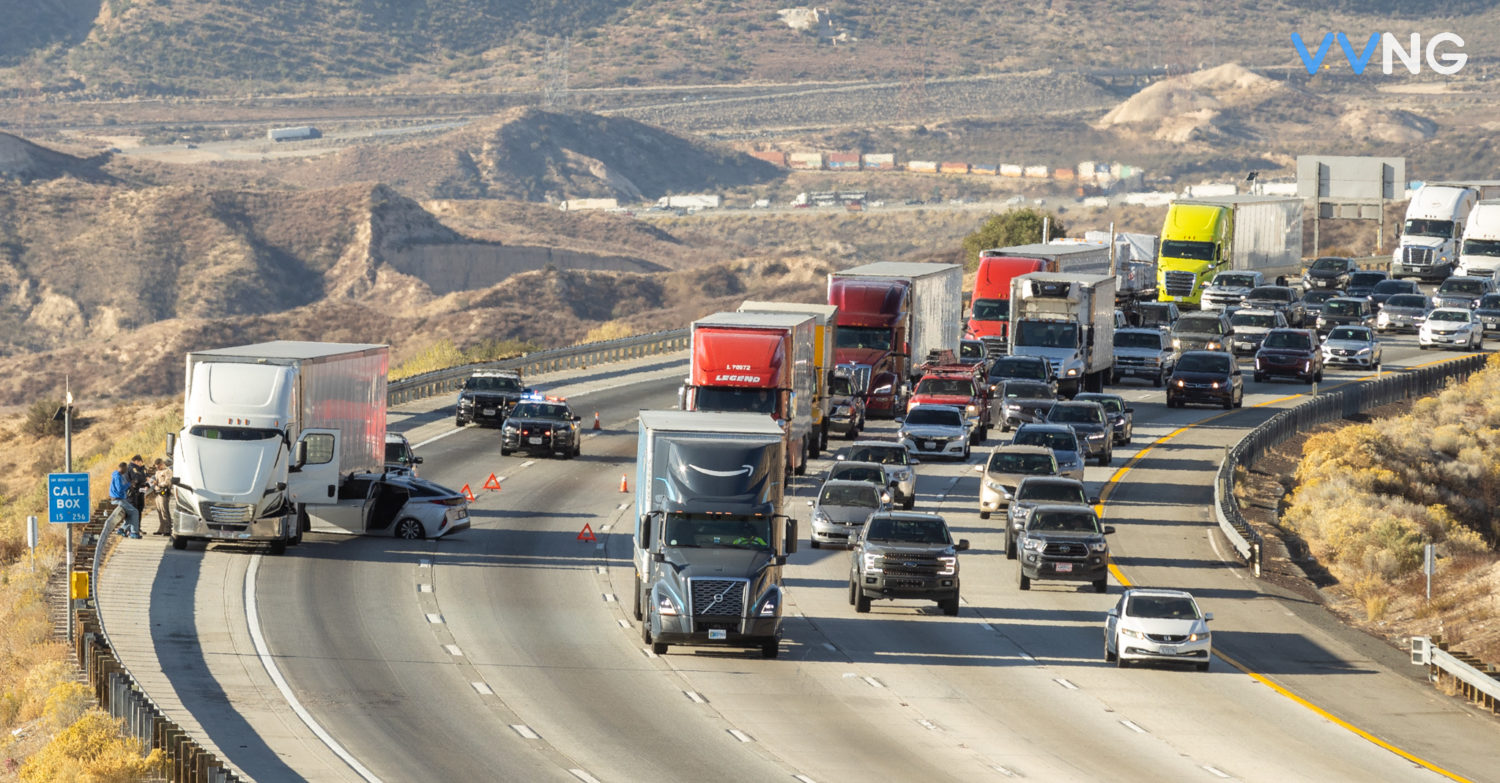 CAJON PASS, Calif. (VVNG.com) — No injuries were reported after a crash involving a semi and a vehicle Tuesday morning in the Cajon Pass.

San Bernardino County Firefighters responded to the incident and located a silver four-door sedan wedged under the trailer of a semi-stopped along the shoulder of the freeway. Firefighters confirmed the driver of the vehicle was not trapped and had only minor injuries.

The no. 3 and no. 4 lanes were blocked by the incident and caused traffic to back up for several miles. Today’s crash occurred in nearly the same area as Monday morning’s fatal crash that also involved a fuel tanker truck and a sedan.

California Highway Patrol is handling the investigation into the collision.