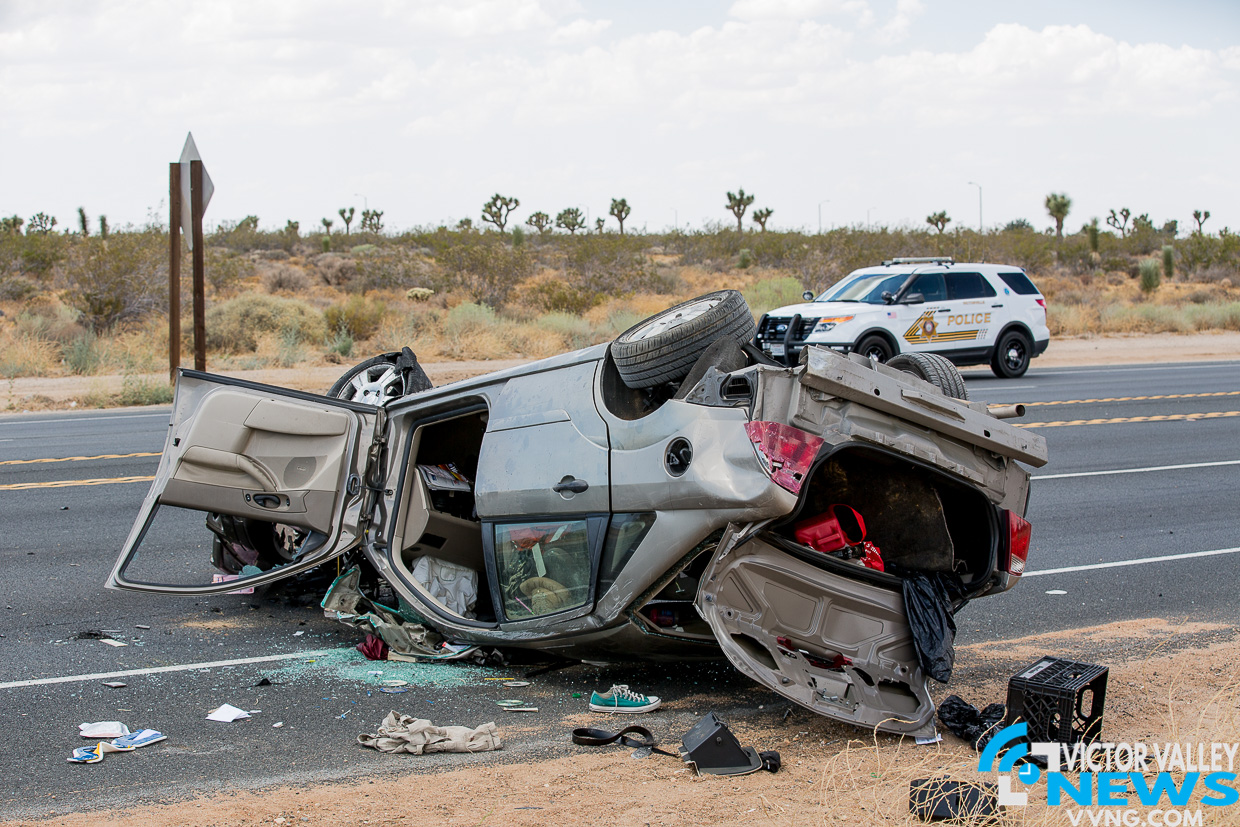 VICTORVILLE, Calif. (VVNG.com) A single vehicle rollover prompted officials to shut down a busy stretch of US Highway 395 Friday afternoon.

At about 12:54 p.m., 911 dispatch received reports of a rollover crash in the northbound lanes of US-395 south of Eucalyptus Road.

When deputies arrived they located a champagne colored Ford Focus on its roof with major damage and one party trapped inside.

Kristian Loeza witnessed the accident and told Victor Valley News the vehicle was driving erratically on the 15 freeway prior to exiting onto 395.

As Loeza was driving northbound on US-395 he looked in his rear view mirror and saw the vehicle spin out and roll over about 7 times he said.

Loeza said he attempted to perform CPR on the driver who was pinned inside the vehicle. “He was unresponsive, no heartbeat, no pulse and wasn’t breathing. The ambulance and fire department came and took him away,” he said.

The male driver was rushed to Desert Valley Hospital and later airlifted to an out of area trauma center. His condition remains unknown as of 3:00 pm Friday.

The cause of the collision remains under investigation. Information will be updated as it becomes available.

man killed after crashing into parked car in Victorville