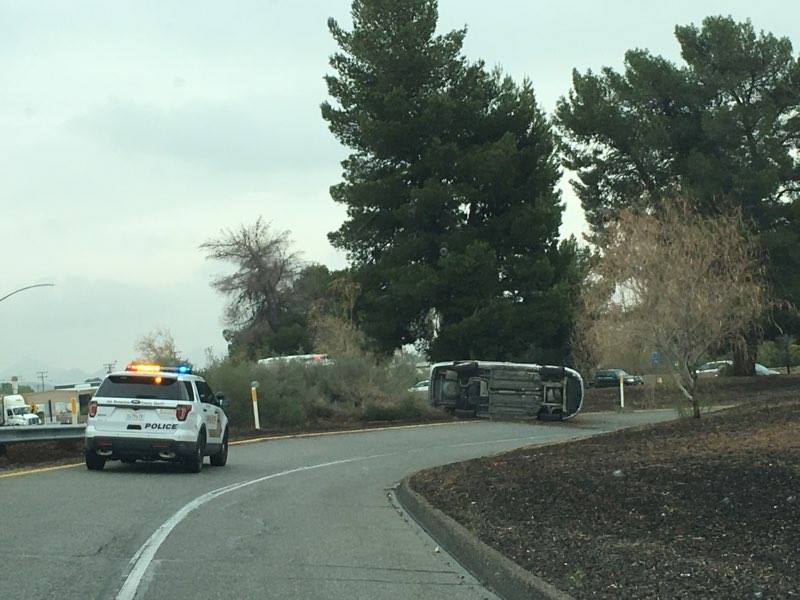 VICTORVILLE:(VVNG.com)- The driver of a vehicle involved in a rollover crash was transported to a local hospital on Friday afternoon. The single-vehicle crash was reported on April 8, 2016, at 11:55 AM, on the westbound Palmdale Road on-ramp.

For unknown reasons, a silver Chevy Impala was attempting to merge onto the 15 freeway when the driver lost control. The vehicle rolled onto its side partially blocking the on ramp.

An ambulance was requested due to the driver hitting her head. At this time, it’s unknown if rain or speed were a factor in the crash.

No other vehicles were involved in the crash.