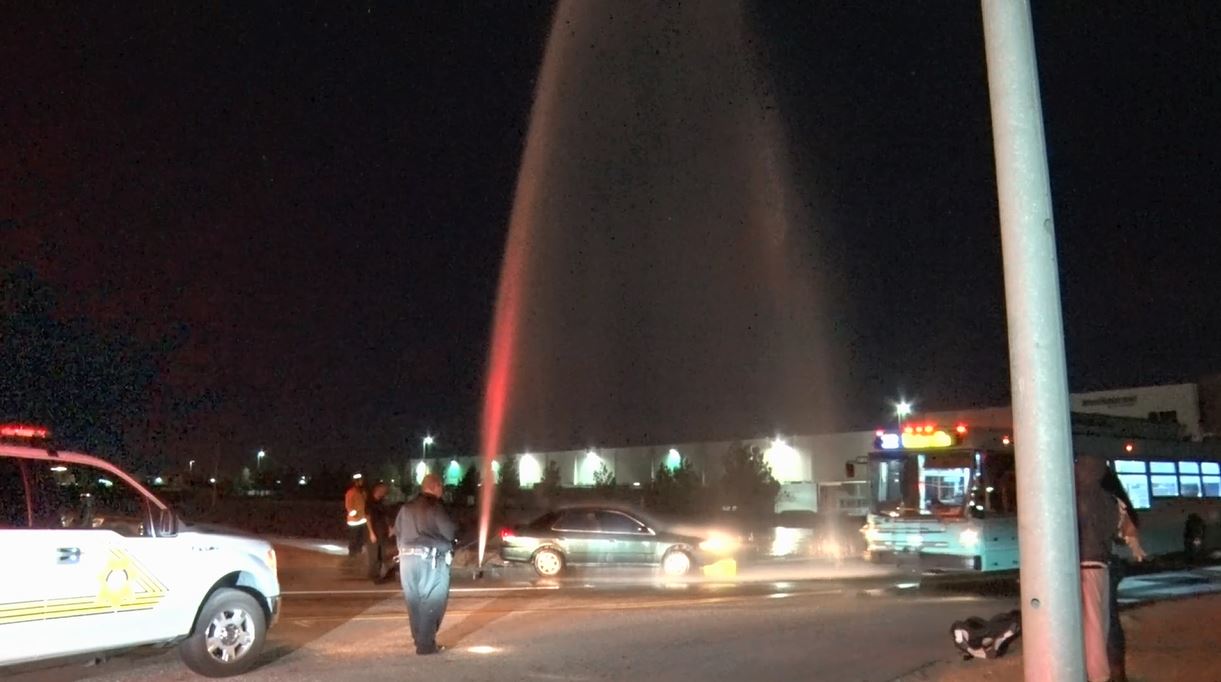 VICTORVILLE, Calif. (VVNG.com) A motorist slammed a car into a fire hydrant, sending water gushing into the air Tuesday evening

The driver of an older Honda sedan somehow lost control of the vehicle shortly after 7:00 p.m. and crashed into the hydrant at the 13200 block of Air Expressway Blvd and Nevada Street.

It took nearly 25 minutes to stop the geyser, which shot an estimated 40-50 feet into the night sky.

The family in the Honda at the time of the crash, including an infant, were not injured. There were no other vehicles involved in the incident.