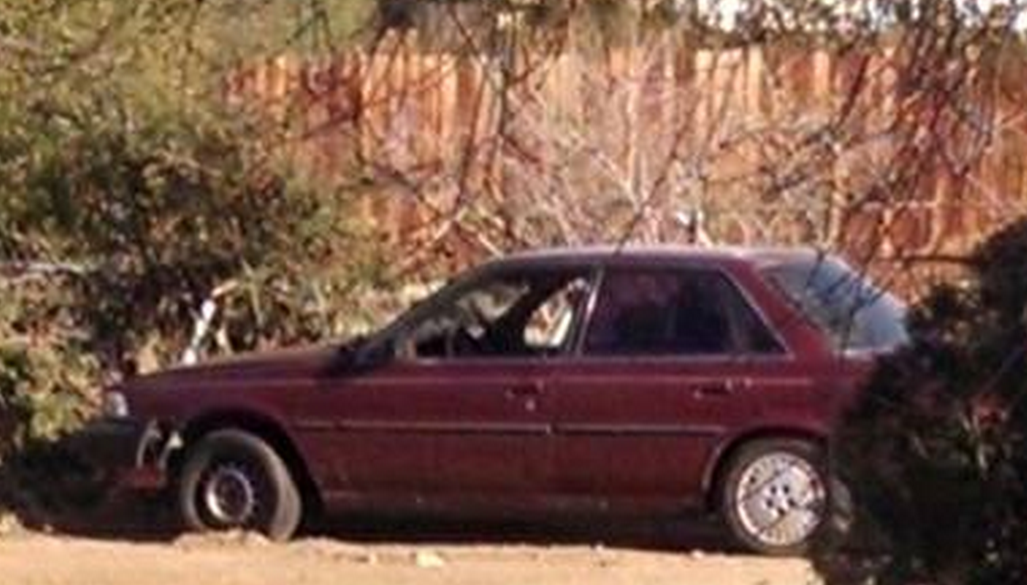 VICTORVILLE-(VVNG.com): Just after 2:30 p.m., on Monday, January 19, a burgundy colored sedan with a male driver sped down Cypress Street and spun out of control. The vehicle came to a stop after hitting a mailbox and a utility pole.

When the vehicle stopped, the Hispanic Male adult, described to be in his 20’s, approximately 5’8” with a black Raiders shirt and blue and white checkered shorts fled from the scene. The suspect was last seen running up Lindero street toward Balsam Avenue.

Per scanner traffic, a Sheriff’s aviation unit was requested to assist in the search for the suspect. AMR also responded to the scene as a precaution. No injuries were reported.

At this time the cause of the accident is unclear although speed does appear to be a factor. There were no disruptions in electric service reported as a result of this collision.