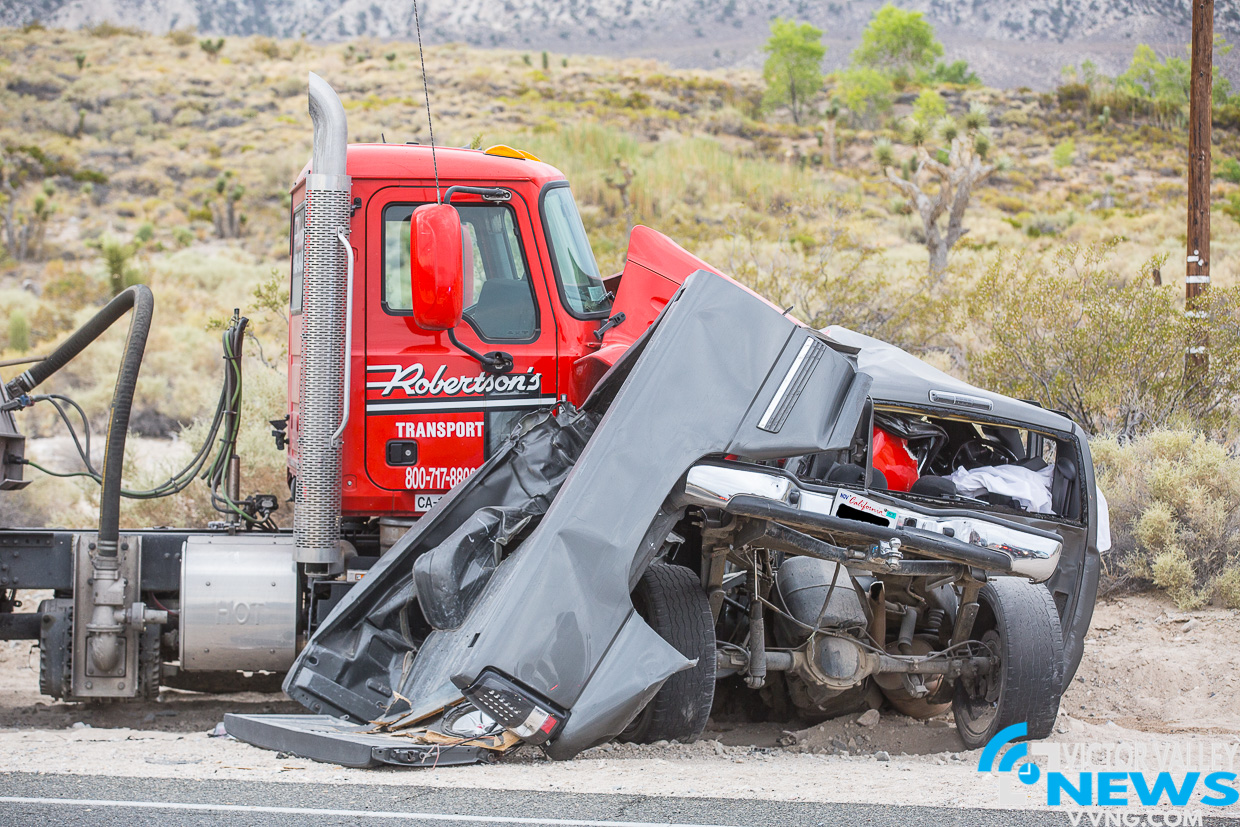 LUCERNE VALLEY, Calif.(VVNG.com) The driver of a pickup truck died early Wednesday morning after crashing with a semi.

Emergency personnel were called to the scene of a head-on traffic collision with extrication on Highway 18 west of Camp Rock Road in Lucerne Valley at 6:47 am.

Upon arrival, they located a fully loaded Robertson’s Transport Ready Mix truck and a 2002 Chevy Silverado with major damage along the shoulder.

According to CHP Officer Mike Mumford, the driver of the Silverado was traveling eastbound on Highway 18 when the truck drifted to the south side of the roadway.

“The driver turned hard to the left and re-entered the roadway going back across lanes,” stated Mumford. “The big rig driver tried to slow down, brake, turned to the left and ended up colliding into the driver side of the Silverado.”

The 21-year-old driver of the pickup was pronounced dead at the scene. His identity is being withheld pending notification of next of kin.

The driver of the semi tractor-trailer was uninjured.

At around 10:30 am, San Bernardino County Fire was called back to the scene to extricate the deceased male from the vehicle.

The crash is under investigation by the California Highway Patrol – Victorville Division.

Related Article:
Timothy Iborogu, 21, ID’d as man killed in crash with a semi